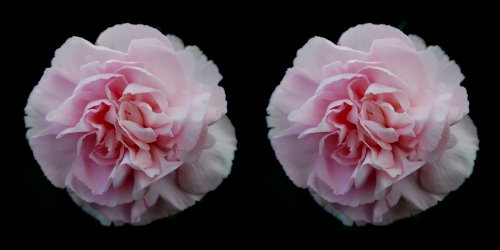 If you're perfume-obsessed, it's always a crushing blow when one of your favorite scents is discontinued. Once gone, a fragrance almost never returns; today I'm happy to be able to discuss one of the rare exceptions to that rule. If you've been keeping track of this sort of thing (as I have!), you may have recently been cheered to learn that L'Artisan Parfumeur was reissuing several fragrances that had been discontinued, including Tea for Two, L'Eau de Caporal and Oeillet Sauvage. (Bois Farine has also become easier to find than it was at this time last year, thank goodness.)

Oeillet Sauvage was developed by perfumer Anne Flipo and originally launched in 2000. Its current press release describes it as a "spicy and vibrant fragrance - an ode to carnations in bloom in the wild" that captures the flower's "exuberance" and "sensuality." Oeillet Sauvage's composition includes notes of pepper, pink peppercorn, carnation, rose, ylang-ylang, white lily, wallflower, vanilla, cedar and musk.

I'm so glad that this fragrance is "back by popular demand," because I really do love carnation fragrances — and my very favorites are soft, rose-tinged carnations, like Etro Dianthus or Caron Bellodgia (before its dreadful reformulation), rather than the fiery Caron Poivre (vintage only!) or the spicy-clovey Floris Malmaison. Oeillet Sauvage definitely falls into the first category. Its peppery notes are gently nose-tickling, but not sneeze-y. The bouquet of carnation and rose and white petals is a little bit creamy, and more than a little bit powdery. The vanilla adds sweetness without reading as a gourmand note, and the cedar keeps everything from turning too fluffy.

Oeillet Sauvage really isn't a "wild" or "savage" take on carnation, but I love it despite its pretensions to fierceness. As you may know, I'm typically a fan of well-made feminine florals that have a nostalgic touch, and this one has always ranked high on my list of favorite L'Artisan Parfumeur scents. My bottle of Oeillet Sauvage has long stood beside my bottle of Drôle de Rose, not just because they come from the same house, but because they both make me smile and they make me feel the same way: cheerful and pretty.

I did a side-by-side comparison of the "new" Oeillet Sauvage with that older bottle I've been hoarding for years, and the results were favorable. Allowing for a slight deepening and aging of the older fragrance, the two versions are very, very close. The older fragrance seems to have a stronger note of custard-y ylang-ylang; without that accent, the new fragrance feels a touch more peppery-powdery. Otherwise, they're nearly identical, and the new Oeillet Sauvage still doesn't have much staying power — of course, it's an Eau de Toilette, so we aren't meant to expect much longevity. All in all, I'm welcoming this fragrance back with open arms (and wrists).

Note: top image is Carnation [doubled] by Danielle at flickr; some rights reserved.