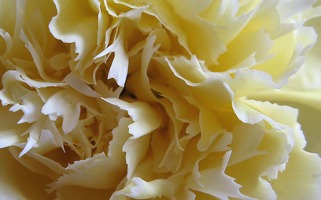 A friend very kindly sent me some Malmaison by Floris so that I could wrap up last week's posts on carnation (see Lorenzo Villoresi Garofano, Etro Dianthus, Caron Bellodgia). I had not smelled it in several years, and was surprised to find how closely it matched my memory — it is lovely stuff.

Malmaison was originally released by Floris in the first half of the 19th century; it was reformulated and relaunched in 2000. I do not know the notes, but it is reportedly based on the "rare Malmaison carnation", and it is closer to the modern conception of a soliflore than any of the other carnation scents I've discussed so far. The top notes are, quite literally, a burst of fall spices (clove, cinnamon), and the carnation itself takes a few minutes to warm on the skin before it blossoms. It is almost certainly blended with other light floral notes, and there is a just the slightest tinge of green that cuts the sweetness of the flowers. The base is a pale woody musk. 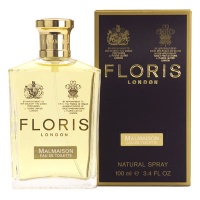 Malmaison is less assertive than the Garofano, and brighter, less old-fashioned than the Bellodgia. It is creamier and spicier than either, and while all three are powdery to one degree or another, Malmaison has a kind of cushiony-plush finish that gives it something of a pin-up girl air. It isn't "me", not by a long shot, but it is a really pretty fragrance, and a must-try for carnation lovers. I would swear it used to come in different bottle: does anyone remember? Somehow, this one doesn't match the scent.

Floris Malmaison is available in 100 ml Eau de Toilette, and can be purchased directly from florislondon.