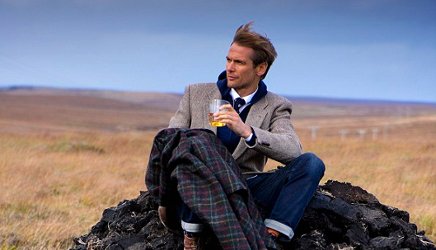 Heriot-Watt University in Scotland has developed a fabric for Harris Tweed and Johnnie Walker that promises to "permanently give off the smell of whisky." Most scented fabrics are guaranteed to retain their fragrance for a set number of washes only.

The scent called Aqua Alba has been designed to replicate aromas released from a glass of whisky, known as the nose of the liquid.

The tweed used was woven at Harris Tweed Hebrides' mill in Shawbost on Lewis and has the colours of the ingredients of Johnnie Walker Black Label.