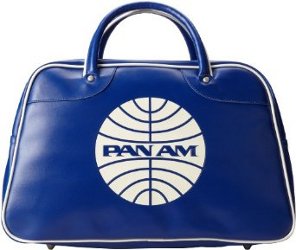 As a kid, I once sat on a curb with my grandmother and announced that when I was 22 years old I would be finished learning. I’d just memorized the stages of formal education — kindergarten, first grade, and on up through college — and now I knew when my schooling would be over.

This truth has been driven home lately as I’ve visited an 85-year-old friend every few weeks. She’s just discovered perfume. Eleanor (not her real name) has an acute aesthetic honed by her years as a Pan Am stewardess and living in the Congo, Taipei and Paris with her now-deceased husband, a CIA operative. Her apartment is an oasis of calm colors with something interesting everywhere you look: intricate silk rugs, an 18th-century gilded frame mirror with hand-carved bevels, ancient statues of the Buddha, candlesticks with Baccarat bobeches, a collection of Chinese opium pipes, and books everywhere. Eleanor herself is elegant but warm and can hold forth on subjects ranging from Asian art to the symphony. But until lately, her experience with perfume was limited to Jean Patou Joy, which she hadn’t worn in years.

“If you’re open, things happen to you,” Eleanor says. She’s also repeated my grandmother’s insistence that you never stop learning.1 When she discovered that I wrote about perfume, she wanted to know more, and I jumped at the chance to pay back just a bit of what she's taught me. She said she liked wood and spice, so I brought her samples of Amouage Epic Woman, Cartier L’Heure Mystérieuse (I thought she might want to try incense, too) and Providence Perfume Co. Samarinda. (Note for anyone bringing samples to the elderly: atomizers are easier than vials for arthritic fingers to use.)

It hasn’t been the reputation of perfumers or names of notes that have intrigued Eleanor, but simply the act of fine-tuning her sense of smell and enjoying the nuances she's teased from the fragrances. She says perfume makes her feel “dressed” now. Some of her comments are about how strong or long-lasting a perfume is, but mostly she seems to relish the new dimension of sense she’s exploring.

I get that. For me, the fun of perfume is not whether I can identify cashmeran at a whiff or distinguish between Indian and French jasmine, but it’s how I stretch my ability to smell and fully appreciate the dimensions of a fragrance as it unfolds and eventually fades on my skin. It’s not about sniffing with the acuity of a bloodhound, but it’s about building the experience to recognize a perfume’s character and beauty, and to really enjoy it.

Lots of people brag that they’re sensitive to odors and have a keen sense of smell. I trust those people to detect gas leaks, but I don’t necessarily assume they’ve paid enough attention to smell to appreciate the funky, refined beauty of Christian Dior Miss Dior.2 Learning about fragrance is new territory for many people, no matter their age.

As for Eleanor, she can’t seem to get enough of Epic Woman and Aftelier Cuir de Gardenia. On my next visit, my decant of Epic Woman will go with me.

1. Other bits of Eleanor’s wisdom include, “Never clear a plate before everyone’s stopped eating” and “Take care of your feet.” She lives moderately but enjoys the occasional cocktail with a fancy lunch, and she is much more up-to-speed on the latest novels and films than I am.

2. I’m talking about the real Miss Dior, of course, or what they’re calling “the original” now.

How to smell like a million bucks
Lilly Dache’s Secrets of Lifelong Glamour
Perfume and Enrichment: Not Just for Tigers