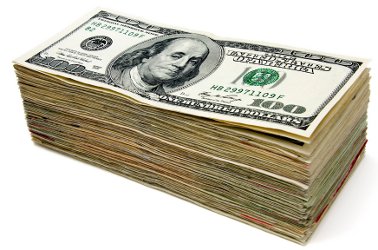 In last week’s comments on the Guerlain Parure review, the idea of smelling “like a million bucks” arose. It got me thinking. What does it mean to smell rich?

Of course, we all know that just because a fragrance costs a lot of money doesn’t mean it smells expensive. First, practically every fragrance outside the drugstore costs a packet, yet they convey messages ranging from “I found a fragrance that expresses who I am, and I love it” to “I don’t have a mind of my own and will buy whatever smells bearable at first whiff” to “I’m a fifty-cent hooker.” (Sadly, you can spend hundreds of dollars to smell like a fifty-cent hooker.) Conversely, some relatively inexpensive fragrances could successfully waft through the halls of the fanciest opera houses, in my opinion. Balenciaga Le Dix, Rochas Madame Rochas, and Faith Hill by Faith Hill all smell like class to me, yet all can be found online for a fraction of what you'd pay for a new fragrance in a department store.

“Tasteful” and “rich” aren’t the same, either. Just because someone has money doesn’t mean he or she spends it with good taste. (If you doubt me, see the documentary The Queen of Versailles.) Throwing money around can mean you end up wearing whatever they’re pushing at the Vegas boutique you stroll into. Or a Clive Christian or JAR, not because you love them, but because they’re hard to find and costly to acquire. They don’t necessarily smell “rich," and some people might question how tasteful they are, depending on how and where you wear them.

So, what does, then, smell like money? Brice Terrible, the amazing Nordstrom fragrance sales associate (hey, he calls me “doll” and always manages to look like he’s fresh back from Palm Springs) chooses Chanel No. 5 for women and Aramis by Aramis or Jo Malone Lime, Basil and Mandarin for men as rich-smelling fragrances. In his view, smelling rich means going traditional. He adds that “fun” rich types might choose Hermès Eau des Merveilles.

On the other hand, when I pose the question to my friend, Joseph, a 30-year-old man who does a lot of thinking about people and society, he notes that rich people might wear a big perfume that says, “Look at me.” Their perfume would be chosen to command the attention of the people surrounding them. Boucheron by Boucheron comes to mind. So does a big classic fougère like Christian Dior Jules.

To me, having money doesn’t necessarily mean having taste, but it might mean coming from a tradition of expensive things — including perfume. When you’re used to wearing perfume daily instead of saving it for special occasions, and you’ve smelled perfume all your life, you might become more willing to wear “perfume-y” fragrances, such as aldehydic florals and abstract blends, like classic Christian Dior Miss Dior and Hermès Calèche.

And then, there’s literally smelling like a million dollars — a million in green bills. I imagine them slightly oily, redolent of rag cotton. I can’t believe no one has made that perfume yet.

For you, what does “rich” smell like, both for real and clichéd? What inexpensive fragrances to you smell rich? Do you care how rich you smell?

Note: top image is Money by AMagill at flickr; some rights reserved.