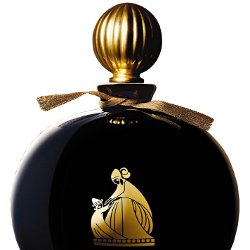 Vintage Lanvin Arpège has broken my heart more than once. From its inception in 1927 to its major reformulation in 1993, Arpège was well loved, which means that plenty of bottles lurk in thrift stores and antiques malls. The problem is that unlike her sister, My Sin, Arpège doesn’t age well. At last, after bearing the grief of one small Extrait turned to sour Madeira, one evaporated Extrait purse spray, and two fusty Arpège Eau de Toilettes, I found a bottle of Eau de Toilette that opens my eyes to what made Arpège so beloved. I’m hooked.

In 1927 to celebrate her daughter’s thirtieth birthday, Jeanne Lanvin asked André Fraysse — Lanvin’s house chemist — to create Arpège. Fraysse enlisted Paul Vacher’s help, and together they reportedly blended 62 notes for the fragrance. According to Roja Dove’s The Essence of Perfume, among Arpège’s notes are rose, jasmine, lily of the valley, ylang ylang, iris, vetiver, ambrein and benzoin. Arpège glows with waxy aldehydes, and I also smell a whisper of coriander and maybe nutmeg in its warm dry down.

Dove said he talked to Richard Fraysse about his father’s creation of Arpège, and Richard reported that Jeanne Lanvin insisted on using the finest materials available for the fragrance, no matter the cost. Dove adds that when he first started selling perfume, he noted it was “always the most refined, elegant, and wordly wise men that purchased the scent as a gift to their lovers and mothers.”

“Refined” and “elegant” are spot-on words to describe vintage Arpège, but so are “approachable” and even “maternal.” Since my bottle is old, Arpège’s top notes are hard to read, but they feel tinged with green herbs before the fragrance settles into a subtle, velvety, multi-faceted floral fragrance. It reminds me of a Bucky Ball of scent. One edge is fresh like lily of the valley, but turn it slightly and it morphs to creamy ylang ylang. Rotate it again, and iris and lily waft from the mix. The whole thing feels lit from within, radiating a skin-tender light.

Unlike Chanel No. 5, which can read as a little stand-offish, Arpège is warm and easy to wear. Part of this is probably due to its barely sweet, spicy base. But for me, part of it comes from the way my skin seems to take up the fragrance, infuse it with my own chemistry, then emit it as if Arpège were part of my DNA. Arpège doesn’t try to make witty statements or ramp up sexiness or otherwise draw attention to itself. It simply smells quietly welcoming. I understand why so many women made Arpège their signature perfume.

In 1993, Arpège was overhauled. These days, it’s more assertive, a little dirtier, and a lot woodier. Luca Turin, who gave it four stars in Perfumes: the A – Z Guide, wrote that it “would be very dowdy on all but a guy.” At its heart, it’s still Arpège, but the new Arpège is more like the original’s bossy sister: cultured, no-nonsense, and smart, but perhaps without a lot of imagination. That lack of humor seems to matter less with vintage Arpège’s tenderness.

In the 66 years the original Arpège was in production, it was undoubtedly tweaked regularly. Add that to how age really seems to damage Arpège, and there’s no telling exactly what you’ll smell if you chance upon a bottle. But if you do sample vintage Arpège, give it ten or fifteen minutes for damaged top notes to burn off and for the fragrance to settle on your skin. Cross your fingers. It might be extraordinary.

Vintage Lanvin Arpège turns up at thrift stores regularly and generally doesn’t cost an arm and a leg (the bottle I’m reviewing was full and cost $10). Also, Lanvin changed the name of its Eau de Toilettes over the years, and I’ve had bottles labeled as “Arpège Eau de Lanvin” and “Eau Arpège.” As far as I can tell, they're the same.