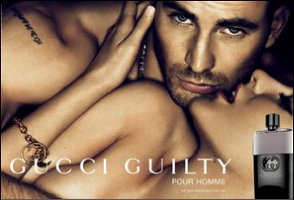 The 2012 fragrance awards season is over, and we have a winner: Gucci Guilty Pour Homme, which took 5 awards.*

*This is my own (very) unofficial count, mind you, and only includes the award categories I report on — I usually skip awards for things like advertising and packaging. And it includes two late-in-the-year award programs from 2011 (Spain's Academia del Perfume awards, which take place in December, and the Fifi Awards Arabia, which take place in November).