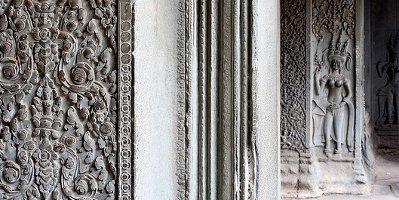 Way back in 2007, Angie wrote a great post called Becoming a perfumista, in which she identified four stages of perfumista-hood. Many of you will recognize the symptoms: strong interest (stage one), beginning perfume mania (stage two), full-blown perfume mania (this is stage 3, and for many of us, it's when we drain our bank accounts) and connoisseurship (stage four).

A bit later that same year, while reviewing Gucci by Gucci, I added a stage five, which I called rampant cynicism:

This comes, I think, of already owning enough perfume to scent a small town for the foreseeable future, and then not only looking for more fragrances that you might conceivably love and want to own, but also trying (in vain) to keep track of all the new perfume releases and to smell as many of them as you can possibly manage. You can tell you’ve reached stage five when almost everything you read about a new fragrance makes you either laugh out loud or roll your eyes, depending on your mood.

In other words, it's when you start to get jaded, and I think it's a natural reaction to trying to search out the gems among the ongoing lunacy of 1500+ new fragrance releases a  year. Perhaps it's also a natural byproduct of blogging, and especially of blogging about new fragrances? But back in 2007, at least part of me really thought the fragrance industry couldn't possibly keep up the pace, and that things would get back to normal, and my cynicism would fade.1 And I continued to think that for quite a few years, as the economy faltered and sputtered, and it seemed like there simply weren't enough consumers to buy all the product.

Now I know better. Companies are going to go on making too much product for their own good, regardless. Once Japan and Russia were the bright new markets, now it's China and India and Brazil. The mainstream lines may have slowed down, briefly and slightly, but it didn't matter to the overall picture: new niche lines started sprouting up at an absurd pace. Eventually, the pace got so absurd that it changed how most perfumistas think about niche: it's no longer the automatic badge of quality and integrity that it used to be. A quick glance through my archives shows that many of these lines never manage a second or third release. The DIY genre (what I think of as indie) is booming too, and perfume blogs, well, I long ago lost count.

Some perfumistas have thrown up their hands and moved on — many of the women who started out on MakeupAlley's fragrance board at the same time I did have found other interests to pursue. Many of the blogs I once read avidly are now defunct, or have been repurposed to consider other topics. And yes, I'm still jaded, and yes, ad copy still makes me roll my eyes sometimes.

But I'm not as bothered as I was even a  year ago. I like to think of myself as now in stage six: a kind of zen perfumista-hood. Frenzy, of one kind or another, has been replaced by calm. There are still perfumes I'd like to buy, but they're few and far between, and I'm not overly worried about when I might get them. If they disappear before I can get my hands on them, so be it. I sample what I can, but I don't worry about that so much any more either: there are very, very few perfumes that I'm willing to jump through hoops for. If I am really looking forward to something, and it turns out to be a bust, I don't worry — another bus will be along shortly. Likewise, when I pull an older bottle out of my cabinet and find that it's spoiled — which is happening now fairly frequently, given that the majority of my collection was acquired in 2004 and 2005 — I toss it with sadness, but then I go on about my day. I'm way past the point where I'm going to worry about replacing bottles.

Do I still enjoy perfume? Absolutely. There are still old favorites that make me catch my breath every time I smell them. I still love reading about perfume, and about other people's reactions to perfume. And every so often, something new can still dazzle me enough to make me pull out my wallet.

How about you? What stage are you in? And while you're at it, tell us the last fragrance that dazzled you. (Mine is still Parfum d’Empire Azemour Les Orangers)

1. Mind you, what I thought of as "normal" was about 400-500 new fragrances a year. A quick glance through the archives of Women's Wear Daily will illustrate that there was a day when industry insiders thought 100 was crazy, and then 200 was outrageous, and then 300 was just ridiculous, and so on and so forth.