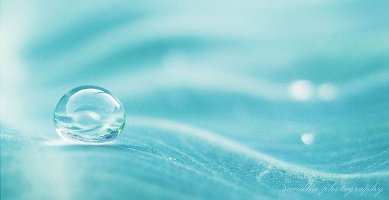 First there were too many mainstream perfumes, and too many of them smelled like each other. Niche, of course, was the answer for many perfumistas: find a smaller perfume house that wasn't after the worldwide domination of the prestige (department store) fragrance market, and perhaps they'd be making something a little more unusual, and perhaps they'd even be making a reasonable investment in the raw materials since they didn't need to spend millions on advertising. When I started getting interested in perfume in late 2003, being a "niche snob" was a viable option if you were tired of the same old thing.

Then the niche market exploded, and eventually there were too many niche perfumes and too many of them smelled like each other — or worse, smelled pretty much like the generic fragrances you could already find in the prestige market. And of course, the niche fragrances cost more, and it was harder to try them without spending money on samples. By 2007, when I wrote a little rant about the 800 perfumes that were expected to launch that year, the world of niche was already getting a little out of hand. Today, in 2011, at times it seems downright absurd.

Anyone hoping that the world financial crisis would provide a corrective can, I think, pretty much give up hope on that score by now. It looks like this is the new world of perfume: 1000+ new fragrances a year, most of them flankers or mindless copies of things we already had too much of, and even venerable niche firms chasing new markets with variations on "shower clean". Nearly every mainstream brand of any magnitude has its own "exclusive" (read: expensive and hard to find) range. Every third niche perfume features the note du jour (please, no more oud!) or is made by the perfumer du jour (Bertand Duchaufour, and ok, I'll admit I don't mind that so much).

What's a perfumista to do? At one time the blogs could maybe help you weed through the morass, now it's hard to even keep track of all the fragrance blogs, to say nothing of the perfume talk on Twitter and Facebook. Having any kind of handle on the 'conversation', something that was vaguely possible a few years ago, is now out of the question, assuming you'd like to maintain any sort of life outside of perfume.

If you hoped I was going to end my rant with an answer, I am very sorry to tell you how wrong you are — it's just a rant, nothing more. I need to rant about the number of new perfumes every so often, or I go crazy. I promise not to do it again for a couple more years.

Here are some poll questions in case you'd like to rant too.

2. Are you a niche snob? And what do you think about the state of things in the fragrance industry?

3. Tell us about a wonderful fragrance blog that hasn't gotten enough attention.

4. What's the last perfume you absolutely swooned over?

Note: image is .Just One Drop. by .sandhu at flickr; some rights reserved.