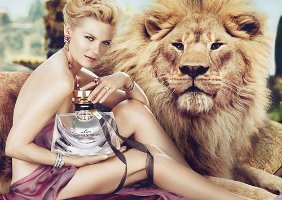 Hey, Bvlgari Mon Jasmin Noir. Armani called. They want Idole d'Armani back. Wait — hold the phone! It's Estée Lauder. They're demanding their Sensuous Noir. Now all the lines are ringing, and it looks like it's a bunch of celebuscents. They're complaining you stole their jasmine-plum-sandalwood-patchouli secret formula!

O.K., maybe I'm not being fair. After all, I chucked my sample of Idole d'Armani in the garbage a long time ago, and it's been months since I smelled Sensuous Noir, and that was on a hot day in a mall in Billings, Montana. And the celebuscents? I really try not to be a snob, but if Robin doesn't give them the green light in a review, I mostly stay away.

I also admit to having a misguided fantasy about how perfumers work. In my dream world, a perfumer — let's say Sophie Labbé, who had a hand in both Bvlgari Jasmin Noir and Mon Jasmin Noir — pushes open her casement window. She inhales the summer breeze of Grasse, France, and asks herself, "What work of art will I make today? Bvlgari, a luxury company, has asked me to create a light fragrance based on jasmine as a flanker to Jasmin Noir. I know, I'll devise a fragrance that evokes the sensual languor of an evening in the Mediterranean, but is airy enough — like a long ago, romantic memory — to be enjoyed during the day." Labbé hears a rustling nearby. "Olivier, is that you?"

Olivier Polge, the other perfumer credited with Mon Jasmin Noir, answers from the office next door, where he is also enjoying the fragrant morning. He tosses his cigarette in the bushes before responding. "Yes, Sophie. I was just thinking of the magnificent chef d'oeuvre we will create with Mon Jasmin Noir. It will sparkle! It will seduce! It will be à la fois a heartbreaking rendering of jasmine, yet a new way of perceiving this magnificent flower." He plucks a jasmine blossom and lifts it to his nose. "Most of all, it will appeal to the Asian market." Then, of course, they repair to their charming 19th-century workshop where they're surrounded by apothecary vials of rare essences and Bvlgari accountants throwing handfuls of hundred euro banknotes at them.

My guess is the truth has less to do with art than it does with office buildings, computers, nervous interns, and sales projections.  In Women's Wear Daily, Francesco Trapani, chief executive officer of Bulgari Group, estimated Mon Jasmin Noir would "hit around 20,000 doors its first year." WWD also reported "industry sources" estimating Mon Jasmin Noir could earn in excess of $40 million in wholesale sales its first year. All this and the fragrance had barely hit the market.

With so much riding on the bottom line, what's a perfumer to do? Go with the tried and true, that's what. Right now a blockbuster fragrance seems to equal — in the executive decision maker's mind, at least — assertive white flower plus sticky purple fruit plus patchouli plus sweet wood. In Bvlgari's marketing, the formula is "lily of the valley, sambac jasmine, musky nougatine, and vibrant wood".

On skin, Mon Jasmin Noir smells briefly of mandarin orange, before plunging into an olfactory disco of plum and jasmine. This is a disco where melon and berry margaritas have spilled from their plastic cups to make a sticky mess on the floor. The bass beat of synthetic wood and jasmine mixed with fruit has you grasping for the wall, wondering if you can get a taxi at this late hour. You see a Kardashian throwing up in a corner, narrowing missing her Jimmy Choos. "Fresh air!" you cry, "Please, a spray of Guerlain Eau de Cologne Impériale or, heck, even Revlon Jean Naté!" 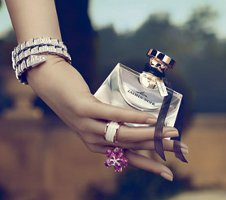 Mon Jasmin Noir is only slightly lighter than Jasmin Noir. It's much fruitier, though, more jasmine-y, and less sweet with sandalwood. But even if you're a fan of Jasmin Noir, think twice before buying Mon Jasmin Noir unsniffed unless you're a confirmed fruit lover. As Mon Jasmin Noir wears, it eventually just sort of peters out. It never turns woody-musky or overly patchoulied, but just fades away. After six hours or so, that is.