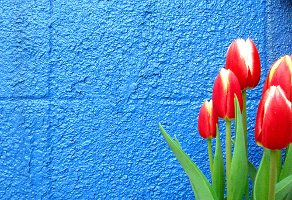 La Tulipe is the latest from niche line Byredo. Contrary to popular belief, there are fragrant tulip species, but it doesn't much matter in this case — La Tulipe is "built around the idea of the tulip" and isn't meant as an exercise in photo-realism. Just as well, because what it mostly smells like is freesia.

Freesia is a funny thing. I love freesia as a cut flower, but as a perfume it does not suit me — most freesia scents are so much daintier than the real thing. The only straight-up freesia scent I ever bought was Diptyque's Ofrésia, and I did not own it for long: turns out that I like the smell of freesia just fine in a vase, but not following me around all day on my own person. La Tulipe is not so heavily freesia-d as all that; it's more like a mix of spring flowers (the notes: rhubarb, cyclamen, freesia, tulip accord, blond woods, vetiver and musk), a bit peppered in the opening, sweetish but not heavy, very fresh and clean. The rhubarb was lost on me, but I smell lots of lilac in the early stages, and it's vaguely green without any sharp or bitter edge.

The dry down is mildly earthy and slightly honeyed, and despite the earthiness, manages to maintain a resolutely clean character — it's as though you'd put on a tiny smidge of some earthy fragrance over a very ladylike lilac and freesia soap. It's soft and spring-like and pretty and likable, and if you're after such a thing and don't mind paying top dollar for it, it's absolutely worth a try.

As for me, I found it pleasant enough but kept feeling like something was missing, so on the third day I gave up and sprayed on some (sadly discontinued) L'Artisan Jacinthe des Bois. Jacinthe des Bois is also spring-like and pretty, but adds just the right amount of 'something askew' that Angie talked about in her post on Wit and Perfume. La Tulipe is arguably easier to wear; neither of them will win any awards for longevity. To each his own: do name your favorite spring-like floral in the comments! 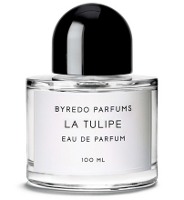 Note: top image is Twolip by A is for Angie at flickr; some rights reserved.