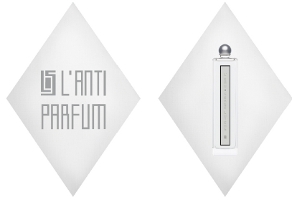 You know, when I presented ‘L’Eau Serge Lutens’ to my staff. I felt like Saint-Just informing the aristocracy that they were about to lose their privileges. But I assure you, it’s not cologne. I hate cologne. Nor is it truly perfume. It’s more like an eau de cleanliness. Refined, nuanced... It’s like stepping out of the bath. Like putting on a freshly ironed shirt, or slipping into a bed with clean sheets…1

That's Serge Lutens, talking about his new anti-perfume, L'Eau Serge Lutens. I don't know if his staff actually wept and tore their hair out, but there were some anguished reactions from his fans: Serge does clean? Has hell finally frozen over? Sorry guys. L'Eau Serge Lutens is reportedly meant to attract a wider audience — especially in the lucrative Asian market — than the rest of the Serge Lutens line, and not surprisingly, Shiseido is planning to distribute it rather widely.

Of course, we all need a break from perfume now and again, right? But for myself, I don't hate cologne at all, in fact, I adore cologne. If I don't want to wear something heavy, a nice cologne will suit me fine, and if I don't even feel like that, a little dab of Egyptian musk will work just as well. And more often than you'd expect, I wear no fragrance at all — I've been blogging about perfume long enough that it's restful to smell nothing for a change. What I most emphatically don't want to smell like is anything functional. I do wonder if smelling like a freshly ironed shirt or clean sheets is more attractive to someone who doesn't do their own wash or ironing? I pour some Tide most every day, so there's no magic for me there, and I bathe every day too, so ditto on that score: that's just not why I spend money on perfume.

Still, I had some vague hope that L'Eau Serge Lutens would be some utterly new twist on clean, and that I'd find some magic there after all. Nope. It's really nicely done, yes. It's clean, but only slightly soapy, and doesn't have the harshness that can make some soapy-clean scents hard to tolerate for any length of time. It smells more refined and elegant than Tide, but I'll be honest: if I opened a new box of Tide and this is what it smelled like, I wouldn't run back to the supermarket for 5 more boxes. It just isn't that exciting a smell. I wore it next to a handful of other sort-of-like things, including Hermès Eau de Gentiane Blanche and my old stand-by, Thierry Mugler Cologne, and I didn't like it nearly as well as any of them.

Still, if you're after clean, L'Eau Serge Lutens is worth a shot. It smells pale and sparkly and lemony for a few minutes, then it smells pale and flat and musky, with a faintly herbal-floral cast (the notes: aldehydes, citrus, magnolia, white mint, clary sage, ozonic notes, musk). It lasts for a very long time, and it doesn't change much after the top notes fade. Serge Lutens said he wanted it to "reconstruct the marvelous odor of ironing", and that's as good a description as any. He also said that "these ruptures are at a given moment absolutely necessary if I don’t want to collapse, fall — if you will — in a cliché of myself and finish dying of boredom", and to that, I say do whatever you need to do, just keep 'em coming.2

1. From Serge Lutens at Osmoz.

2. This quote, and the quote in the prior sentence, are via L'Eau Serge Lutens: The Creator and His Antiperfume at Women's Wear Daily, 2/19/2010.