I tried hard to think of a theme that would tie these together, but there isn't one — just brief reviews of three perfumes I've been meaning to write about: Ormonde Jayne Tiare, Stella McCartney Stella Nude and Strange Invisible Perfumes Fire and Cream.

Tiare is the latest from British niche line Ormonde Jayne. The tiare flower, as many of you know, is the Tahitian gardenia (Gardenia taitensis), and tiare-based perfumes are usually done in a heady, lush tropical manner — Monyette Paris, Montale Intense Tiare, André Gas Ensoleille Moi, et al. — often with coconut lending a beachy, sunscreen sort of feel. Ormonde Jayne takes a different approach: this Tiare is light and airy. The opening is citrus-y, the florals in the heart are summery and lightly green (and I would not notice gardenia if I was not looking for it), with an ever-so-slightly creamy finish and just a touch of sweetness. The woods in the dry down are pale and mossy-earthy.

Tiare is beautiful, and the mossy dry down is especially lovely. Luca Turin said it was the best thing he'd smelled recently. So why does it not pull at my heart or my wallet? I don't know, but I had the same reaction to Sampaquita. So, into the purgatory basket it goes: I will try it again in the spring and see if it speaks to me then. 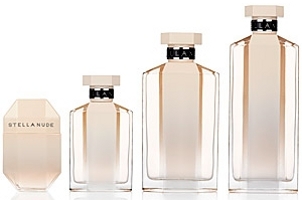 If you took a blend of the original Stella fragrance and the Stella in Two Peony, laid it over a squeaky clean, long lasting musk, then toned it down about as far as you could whilst still leaving something to smell, you'd have Stella Nude. I can't see the point of that — especially given all the various iterations of Stella Sheer they've already done — but I'm sure somebody, somewhere, wanted such a thing. The bottle is quite nice, and it might make a perfect linen spray (it has that dryer sheet vibe, and in fact they're selling it in a "Linen Scented Mist"). 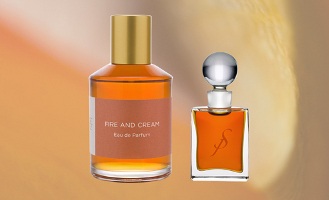 Strange Invisible Perfume's new-ish Fire and Cream opens on orange and orange blossom. If you're familiar with the Strange Invisible Perfume natural perfume line, you'll know exactly what I mean when I say it has a sharply herbal, almost medicinal character, especially in the early stages (and there is quite a bit of lavender), and if you've smelled some of their more recent offerings, the softer, earthier dry down will also be familiar to you, as it has elements in common with their Musc Botanique and Aquarian Roses fragrances.

It isn't really fiery or creamy, but it's a very enjoyable fragrance, especially if you're a fan of both orange and the Strange Invisible Perfumes aesthetic: I drained my sample in no time. Still, I don't like it quite as well as the two other fragrances I mentioned, Musc Botanique and Aquarian Roses, and so I'll just add my usual: if a bottle fell from the sky, I'd wear it, but I don't love it enough to add it to the "buy" list. The lasting power is good for a natural perfume: a few hours.