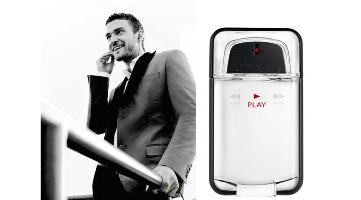 Thanks to “old” Givenchy marketing and publicity, whenever I see or hear the word “Givenchy” I think of Hubert de Givenchy. In ‘candid’ and professional photos he always looks at ease, and I don’t know anything about his private life…and that’s a GOOD thing. When the man or woman behind a brand is “mysterious” (or just plain circumspect) it’s easier to approach the brand’s products in a way that’s personal, a way that’s not besmirched by or connected to the designer’s life and personality — his or her drug use, dieting and exercise regime, sex life.

Every time I go into my local Nordstrom store and spray on some Armani Privé Bois d’Encens, the Armani sales person tells the same old “Creation Story” — how young Giorgio always went to church with his grandmother and loved the incense-infused services; Armani asked his perfumer to recreate the church-incense aroma with Bois d'Encens. Being susceptible to imagery, now, when I spray on Bois d’Encens, I imagine the too-tanned, white haired head of today’s 75-year-old Armani on a six-year-old boy’s body and see a classic Italian grandma, black dress and stockings, lace veil pinned to her head, pulling little Armani down a cathedral aisle, censers swinging and smoking all around them. I don’t like other people’s faces (and life stories or fantasies) intruding on my perfume experiences.

Justin Timberlake is the “image” of Givenchy’s two new men’s perfumes: Play and Play Intense, and he comes with a lot of baggage. When I see Timberlake, I think: ‘N Sync (Boy Band! Dancing! and Singing! — triple cringe!!!), Britney Spears (nasty break-up!), Cameron Diaz (break-up deux!), Jessica Biel (possible marriage! possible kids! possible break-up No. 3!)…and none of those associations excite or interest me. It is interesting how European perfume houses hire American actors for their promotional campaigns instead of models. To me, Liv Tyler (Givenchy Very Irresistible and Givenchy make-up), Hilary Swank (Guerlain Insolence), Matthew McConaughey (Dolce & Gabbana The One for Men), Josh Hartnett (Emporio Armani Diamonds for Men), Anne Hathaway (Lancôme Magnifique) — and now Timberlake — de-glamorize the brands they represent. (Perhaps these actors are just too middle-of-the-road and ‘All-American’ for my tastes since I’ve never complained when seeing European actors such as Alain Delon and Catherine Deneuve front a perfume.)

Givenchy explains the Timberlake hiring: “We were looking for a man who’s recognized all over the world, someone new to the world of perfumery, and with great seductive potential. Most importantly, we needed to find a man who could embody the modern elegance specific to the Givenchy brand as well as all the facets of Play.” 1

Play and Play Intense were created by perfumers Lucas Sieuzac and Emilie Coppermann (with ‘help’ from Françoise Donche, creative director for fragrance at Parfums Givenchy).2 Alain Lorenzo, president of Parfums Givenchy, said: “We …told the perfumers to take the Caribbean amyris wood note and make one scent which is more polarizing and one which is more accessible.” 3

Play is the “accessible” fragrance. It contains bergamot, mandarin orange, bitter orange, grapefruit, Caribbean amyris wood, black pepper, coffee flower, vetiver and patchouli.  Play starts off warm and gauzy with citrus, a smooth wood note, and some vetiver. Play’s “putrid pepper” mid-development is a disaster on my skin (the brutal accord smells plastic-y, then funky — as in ‘dirty washcloth’). After its middle notes burn off, Play reverts to a simple, non-confrontational, standard-issue department store men’s fragrance: cheap-smelling citrus and soft musk.

Play Intense contains bergamot, mandarin, Caribbean amyris wood, pink pepper, coffee flower, labdanum, tonka bean, vetiver and patchouli. Play Intense amps up the power of what I assume is the amyris wood note and adds a good dose of tonka bean. (Play Intense reminds me of Givenchy Pi.) Play Intense almost smells edible in mid-development, like nougat-y, vanilla-rich candy. Play Intense’s dry down has none of the unpleasantness of regular Play; Play Intense has less citrus and is richer in character. I don’t find Play Intense “polarizing”; I prefer it to Play. (After the European roll-out of the perfumes last year, Play accounted for 60 percent of sales to Play Intense’s 40 percent share — so I’m in the minority when it comes to deciding which of the two perfumes smells best.) 4

Shock of shocks: at the end of my sampling, I found Justin Timberlake more interesting than Play or Play Intense, and I appreciate his take on celebrity fragrances: “I don’t know that I would be completely comfortable with a my-name fragrance. It feels like cheating, almost. It doesn’t seem like you’re creating anything.” 5