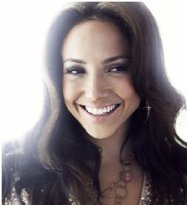 Jennifer Lopez is looking for five Glow Girls to star in a new on-line reality series, "The Glow After Dark Show", that will launch in support of her new fragrance, Glow After Dark:

Part reality show, part soap opera, part docu-drama, this webisode series of eight interactive shows will be aired on-line for all to view on www.glowafterdarkshow.com.

Five girls, one from the U.K. and four from the US,. will be chosen by Jennifer Lopez and a panel of Glow Girl judges based on their love and knowledge of nightlife, which epitomizes the new fragrance, Glow After Dark by JLo and their ability to communicate the Glow Girl profile.

The five Glow Girls will be flown to New York for an all-expense paid two-week adventure where they will be filmed living together, bonding and interacting by hitting the town - clubs, shopping, restaurants & bars.

If you think you have what it takes (and I should note that the press release is titled "Are You...Wild? Sexy? Breathless?") you can submit a video audition at the website address shown above. (via prnewswire)