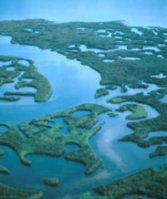 It’s amazing that something so simple as sea salt, avocado, and ginger lily should smell so…light and fresh, but this deceptively simple brew works for all the right reasons and stands as a major accomplishment in marine-inspired aromas. Mare, Beth Terry’s 2nd fragrance for her Creative Universe label, is an intoxicating scent of the sea, and one of my newest summer staples.

Having been called everything from “soapy” to “masculine”, with comparisons to Issey Miyake L'Eau d'Issey and Calvin Klein Escape, it seems that Mare has a different effect on everyone who tries it. When I initially tested it in the late 90’s, I was surprised by how much I liked it, and came very close to buying a bottle, opting instead for who knows what else at the time. Now, let it be known that my favorite “sea” inspired fragrances have long been Calvin Klein’s Eternity for Men, Comptoir Sud Pacifique’s Aqua Motu, and Calypso’s Marine. I tend to like my marines light (bergamot, neroli), aquatic (iodine, algae), and somewhat floral (jasmine, ylang). So imagine my surprise when Mare’s composition revealed none of these notes (well, ok, there is a floral note: ginger lily) and instead, listed sea salt and avocado! Maybe with sushi, but in perfume?

And it’s the darndest thing…sea salt and avocado smell delicious with a little ginger lily. At times revealing hints of coconut, grapefruit and even dewy green notes, I’m constantly impressed by how such a simple composition can reveal so many facets. The salty notes are almost unsettling at first, calling to mind Creed’s Erolfa, but this edge is soon smoothed over by what I can only describe as a tangy citrus note. A linear aroma that dries down almost exactly as it opens, Mare’s large bottle (120 ml spray!) can be spritzed liberally, helping with the fragrance’s otherwise average longevity. Creative Universe’s only scent that doesn’t employ tea notes, Mare’s unisex aroma is a good alternative to all of the suntan lotion and repetitive, uninspired summer smell-alikes.

For purchasing information, see the listing for Creative Universe under Perfume Houses.