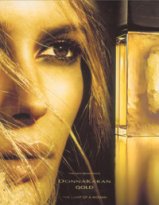 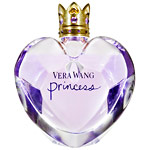 Vera Wang Princess will debut in July. The fragrance is aimed at the 18-24 year old age group and has "top notes of lady apples, water lily, golden apricot and mandarin meringue; a heart of ripe pink guava, Tahitian tiare flower, wild tuberose and dark chocolate, and a drydown of vanilla chiffon, pink frosting, precious amber and forbidden woods..." The removable neck and top can be used as rings. (via Women's Wear Daily and Cosmetics International) Vera Wang Princess is an Eau de Toilette and is sold in 30, 50 and 100 ml. 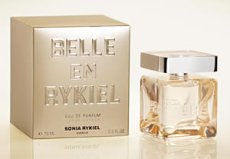 Sonia Rykiel will launch Belle en Rykiel in Europe in September. The fragrance...

...is an aromatic oriental, developed by Jean-Pierre Bethouart of Firmenich, with opening notes of mandarine and lavender that lead to a heart of incense and heliotrope with patchouli, amber and acajou wood at the base. (via cosmeticnews)

Sonia Rykiel Belle en Rykiel is available in 40, 75 and 100 ml Eau de Parfum and in matching body lotion. Update: Additional notes include coffee blossom and vanilla. Belle en Rykiel will launch in the US in August 2007, and will be exclusive to Nordstrom though the end of the year. (via Women's Wear Daily)