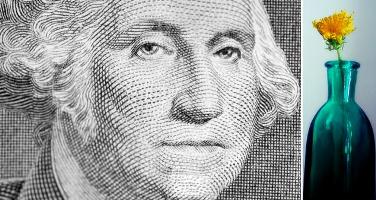 Some days I retreat to a quiet room and read George Sand’s Histoire de ma vie; other days I kick back with a two-pound Italian Vogue and look at the pictures. Some days I turn out the lights and get wrapped up in a Mahler symphony. Other days I get just as excited listening to Mama Cass sing Make Your Own Kind of Music. Some days I dress up: suit, tie, cufflinks, the works. Other days, shorts and sandals suffice. This post is dedicated to “other days” — days when you want to ignore the landmarks (Guerlain Mitsouko), avoid the trouble-makers (Serge Lutens Muscs Koublaï Khan, Caron Yatagan), shun the ‘high end’ (Amouage Jubilation XXV) and wear a perfume that’s SIMPLE, casual, “quaint” even, a perfume that doesn’t cost a fortune.

Recently, when I lamented the lack of black tea fragrances on the market, a Now Smell This commenter recommended Possets Perfume High Tea. I hadn’t tried ANY Possets perfumes so I placed a large sample order. High Tea is a nice “black-tea-with-lemon-and-sugar” cologne (it gets an ‘honorable mention’ here; I’d love to have a candle scented with this perfume) but two other Possets fragrances caught my “nose”: Lamp Black and Adamus…

Possets Perfumes has launched a quartet of fragrances honoring the candidates for the US Presidential election:

In case you missed the news, the United States of America is having an election. Yes, that most American of American activities is upon us again: politicing. Speeches, hoorahs, balloon drops, buttons, bumperstickers, hoopla, free meals, hanging chads, campaign puffery, no more bad taxes, better roads, no more corruption, and in some cases the dead will actually come back to vote! Wow, that makes it like Halloween!

The four fragrances, some of which were previously released as part of Possets' United States of America series, are…