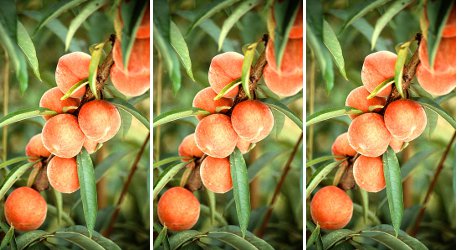 It’s Friday, and even better, it’s the first Friday in Peach Month! Our community project for today: wear a peach fragrance.

It was sheer luck that I found my Parfums de Nicolaï L’Eau à la Folie fairly quickly last night, because it was not where it should have been. Anyway, I do smell peachy… 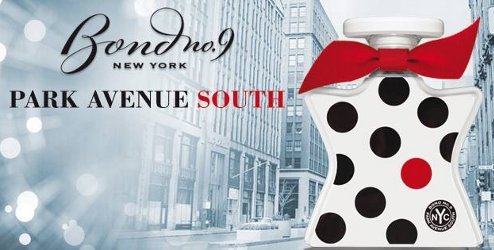 The promotional materials for Park Avenue South describe this particular bit of Manhattan as “New York’s latest happening turf, full of condos with pools, of-the-moment restaurants, chic hotels, and frenzied real estate panache.” That sounds like a part of town I’d avoid at all costs. I suppose Bond is latching onto this strip’s identity as an alternative to the old-money style of upper Park Avenue, which Bond commemorated back in 2003 with notes of delicate white florals… 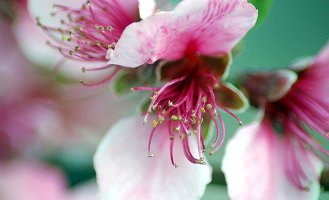 Last April, niche line By Kilian launched Flower of Immortality as the third fragrance in its Asian Tales collection. Like the other two fragrances in the collection, Bamboo Harmony and Water Calligraphy, Flower of Immortality was developed by perfumer Calice Becker. It is an homage to the peach blossom, a symbol of immortality and hospitality in Asian folklore, and was inspired specifically by the Chinese story “A Tale of the Fountain of the Peach Blossom Spring.”

Flower of Immortality is a fruity floral with notes of white peach, carrot, iris, blackcurrant bud, rose crystal, tonka bean and vanilla bean. It does what it promises, balancing those “smooth and juicy” fruit notes with its “sweet and powdery” florals. Don’t let the carrot scare you off: it’s not identifiable as a separate note. What you’ll really experience is the peach, and plenty of it…

I’m not familiar with Peters’s designs (I’ve never even seen Project Runway, on which he appeared in 2010), but I’ve tried several other fragrances from Providence Perfume Co over the past two years, and Mousseline Pêche is my new favorite. When we smell Mousseline Pêche, we’re meant to imagine a sun-ripened peach, a dress of pale peach-colored mousseline and warm skin, and the fragrance really does make all this possible. It’s warm and bright and gentle, and it’s a worthy reminder that “fruity florals” can indeed be beautiful…

Have you ever seen the optical illusion that looks both like an old hag and a young woman, depending on how you approach it? That’s how I feel about Parfums MDCI Péché Cardinal. Not that it has anything of the old hag. Not at all. But come at it one way, and it’s nothing but caramelized peach. Look at it through a different lens, and you get tuberose. Peach. Tuberose. Peach. Tuberose. It’s kind of marvelous.

Perfumer Amandine Marie developed Péché Cardinal, released in 2009. It has notes of peach, blackberry, black currant, davana, coconut, lily, tuberose, plum, sandalwood, cedar and musk. When I fist smelled Péché Cardinal, I decided I was smelling a peachy floral. After that, peach is what I got whenever I sniffed Péché Cardinal. It was a plush, fragrant, earthy peach, but among the riches of my Parfums MDCI sample set, it fell to the back.

During a post about perfumes that smell like Champagne a few weeks ago, a commenter mentioned wearing Péché Cardinal for New Year’s Eve…