Ego Facto (Paris) was founded by Pierre Aulas, who is described on the Ego Facto website as a “free spirit and olfactory expert.” Aulas feels he is a “conductor” working with “virtuosos” (perfumers) in the creation of the Ego Facto fragrances. Aulas says: “Ego Facto is my tribute to self affirmation, to the acceptance of one’s own contradictions. It is a declaration of freedom.” I’m ‘translating’ that to mean Aulas develops perfumes that appeal to him — he doesn’t have to worry about pleasing a corporate board, focus groups, or design teams. I assume the Ego Facto perfumes smell just like Monsieur Aulas wants them to smell.

Piège à Filles smells like a distorted, old-fashioned barbershop powder; the scents of heliotrope, orange blossom, scorched almond and cumin mix to create a “difficult” accord… 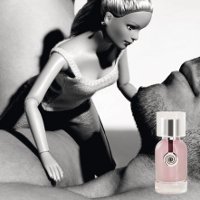 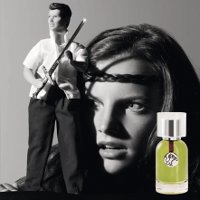 Ego Facto is a new perfume line from Pierre Aulas, and has debuted at Marionnaud in France with 7 perfumes: 4 for women and 3 for men:

Fool for Love for women was developed by perfumer Laurent Bruyère. The spicy floral features coconut punch accord, cinnamon, frangipani and woods.

Poopoo Pidoo is a powdery floral for women… 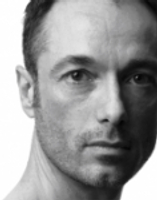 When Now Smell This first announced the release of Armani Privé Eclat de Jasmin, the blog quoted the Giorgio Armani website, saying “Eclat de Jasmin was created to represent dawn – the particular time of the day when jasmine flowers are warmed by the sun, releasing their deep, rich scent.” From this description I imagined a dew-like, non-indolic jasmine: fresh, liquid, and quiet.

Maybe because I don’t live where dawn is ever warm enough to draw the scent from jasmine, but Eclat de Jasmin feels like the late afternoon of a summer day to me… 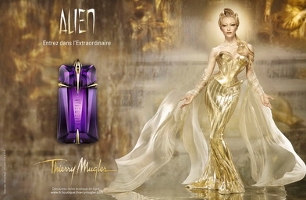 Alien, the latest fragrance release from Thierry Mugler, was created by perfumers Dominique Ropion and Laurent Bruyere, and features an “amber solar accord”, a woody Cashmeran note, and jasmine sambac.

Alien is Mugler’s first major fragrance for women since Angel was released in 1992. Angel has been so widely worn, and so widely copied, that it is difficult now to remember how distinctive it was considered upon its release. Reportedly some retailers were initially wary that it was too unusual and that it would never sell. As it turned out, of course, it sold quite well indeed, and Mugler acknowledges the challenge of following up a blockbuster debut:

“When we did Angel, we were completely innocent, and then it became number one in the world,” he said. “Creating Alien was a huge challenge because now the whole world is watching.” (via Women’s Wear Daily, 6/17/05)

So, what of Alien? It starts with something, I don’t know what, that is more of a feeling than a smell: dry, transparent, and warm…