Ego Facto (Paris) was founded by Pierre Aulas, who is described on the Ego Facto website as a “free spirit and olfactory expert.” Aulas feels he is a “conductor” working with “virtuosos” (perfumers) in the creation of the Ego Facto fragrances. Aulas says: “Ego Facto is my tribute to self affirmation, to the acceptance of one’s own contradictions. It is a declaration of freedom.” I’m ‘translating’ that to mean Aulas develops perfumes that appeal to him — he doesn’t have to worry about pleasing a corporate board, focus groups, or design teams. I assume the Ego Facto perfumes smell just like Monsieur Aulas wants them to smell. 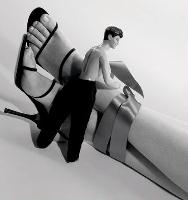 Piège à Filles smells like a distorted, old-fashioned barbershop powder; the scents of heliotrope, orange blossom, scorched almond and cumin mix to create a “difficult” accord. In short order, Piège à Filles goes from the aroma of a sweet, hazy-with-talc barbershop to the rough smell of a funky, musk-scented shepherd’s hut. Piège à Filles is an intriguing perfume; its cumin-induced “dissonance” repels and attracts me. If you dislike “gamey” musk and (or) cumin-rich scents, don’t bother with Piège à Filles. During its strange development, this perfume will make you scratch your head; if your hair and scalp are unwashed — all the better to blend with Piège à Filles!

Piège à Filles smells like a true Eau de Parfum; it has very good lasting power and can be worn by women, but I can’t imagine anyone wearing this powerful perfume in warm weather. 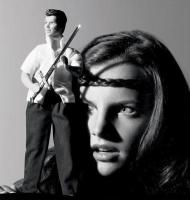 Sacré Coeur has a “chablis” (grape) opening with hints of citrus and mildest ginger — there is also a “fresh” accord, veering close to, but never entering, ozone territory. Sacré Coeur’s grape note deepens (going from “fresh” grape juice to candied grape skins) during the dry down and is joined by a “rice-milk” accord. Leather and tobacco aren’t noticeable, at least on my skin, but clean patchouli makes an appearance during the extreme dry down.

Sacré Coeur is a unisex, summery fragrance; it has so-so lasting power.  Your reaction to “grape scent” will determine if you like or dislike this fragrance. I was…amused. 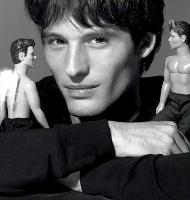 According to the Ego Facto website (which is in need of a good English translator/editor), Jamais le Dimanche “brings opposites together…’divine’ incense and ‘evanescent’ marijuana.” Jamais le Dimanche opens with nostril-wounding, fumy alcohol mixed with stale, musty (and unidentifiable) ‘citrus’. This fragrance is a throw-back to ozone-heavy department store men’s fragrances of the 90s; it smells ‘dated.’

During Jamais le Dimanche's mid-development, (what must be) “incense” blends with (what must be) “marijuana” to produce a wan ‘wood’ aroma. The fragrance is simple and smells watery and cheap. Never on Sunday? As far as I’m concerned, never on Monday, Tuesday, Wednesday, Thursday, Friday, or Saturday either! If you like this type of sport/ozonic scent, go to Macy’s and buy one (of many) for half Jamais le Dimanche’s price.