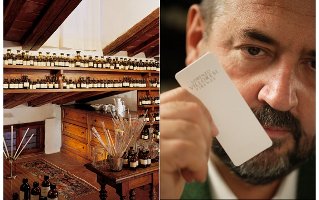 Lorenzo Villoresi is an Italian perfumer who launched his eponymous niche line in 1990. From his atelier in Florence, Villoresi creates bespoke fragrances by appointment; the "ready to wear" line includes personal fragrances, bath and body products, and home fragrances.

Villoresi is currently building an Academy of Perfume in Florence; the facility will include a school, store, and botanical garden.

The Lorenzo Villoresi line can be found at Twisted Lily in the US, The Perfume Shoppe in the US and Canada. In Germany, try First in Fragrance. In the UK, Fortnum and Mason.

See all articles on Now Smell This tagged Lorenzo Villoresi.

Read an interview with Lorenzo Villoresi.