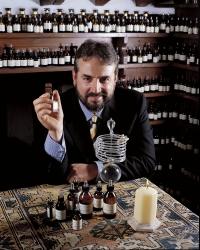 Italian perfumer Lorenzo Villoresi has won this year's Prix François Coty, a prize given to "artistes parfumeurs" in recognition of their achievements in the field. (via fashionmag.fr)