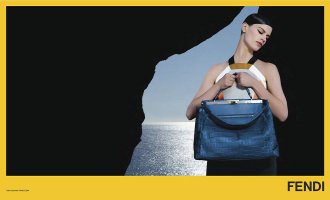 Italian fashion house established in 1925 by Adele Fendi, and then run for many years by her daughters, "the five Fendi sisters". The brand is known especially for their leather goods (the widely copied Baguette bag, among others) and other luxury items, and for its creative and extravagant approach to fur.

Since 1999, the brand has been owned by Louis Vuitton Moët Hennessy. Silvia Venturini Fendi, Adele's granddaughter, is the only family member still involved in the business. Karl Lagerfeld has been the creative director since 1965.

At department stores and fragrance discounters.

See all articles on Now Smell This tagged Fendi.