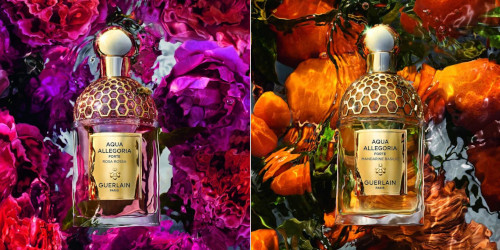 Guerlain Mandarine Basilic Forte and Rosa Rossa Forte will be introduced in July at Sephora in the Middle East, and will go into wider distribution later in the year.