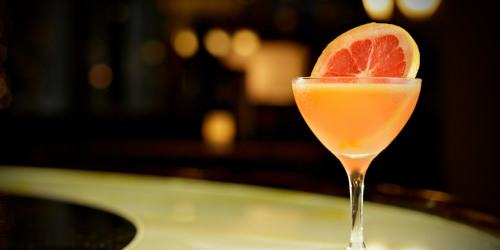 I'm in Hermès Eau de Pamplemousse Rose for a Paloma cocktail. (It is not really a favorite cocktail but I will usually drink anything with lots of citrus flavors.)

Reminder: on 5/13, we'll celebrate World Cocktail Day...tell us about your favorite cocktail (alcoholic or non-alcoholic), provide a recipe if you like, and wear a perfume that would complement your choice or that picks up one of the notes in your cocktail. It doesn't have to be a boozy fragrance! (This is a repeat from 2018, and we also did a booze cruise in 2017).