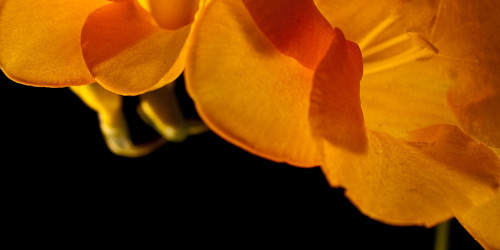 I'm in My Burberry.

Reminder: 2/25 is George Harrison's birthday. Tell us a favorite George Harrison or Beatles song and wear the fragrance that matches the song. (Adapted from a suggestion by Old Herbaceous. We did a similar project for John Lennon in 2020.)

Note: top image is Freesia #4 [cropped] by pau.artigas at flickr; some rights reserved.