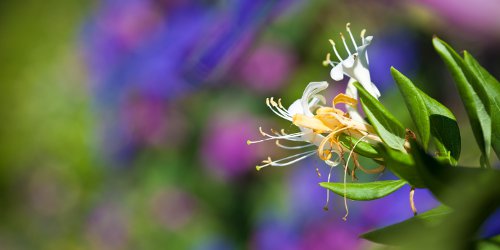 Happy Friday and happy Plant A Flower Day! Our community project for today: name a favorite flower that you grow in your garden (or in a pot?) or that grows locally, and wear a fragrance with that floral note.

In a nod to the honeysuckle on our side fence, I'm wearing a whole garden: Diptyque Olène.

Reminder: 3/19 will be Foody Friday...wear a gourmand or foody fragrance (this is a repeat project from 2015).