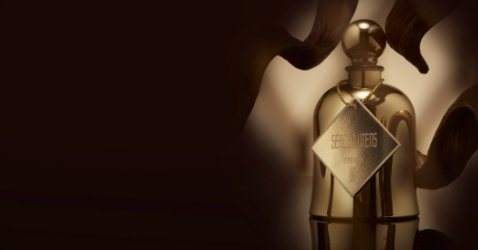 "Lifting off the ground, it sets off a blissful trance, through which the music takes flight and the body gets lost in dance. In Arabic, this state of delicate rapture and heightened senses is called "Tarab" Expressed in two notes, its essence is musical." Serge Lutens

The character of the Serge Lutens Tarab eau de parfum is best explained by discovering the meaning behind its name. In Arabic, Tarab refers to a trance-like state in which the body is lost in dance, the senses heightened by music which seems to take flight. This evocative feeling is translated into fragrance form via sensual notes of Turkish rose, Cambodian oud and cypriol.