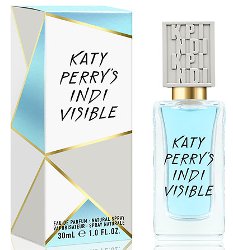 Coming together to blur the boundaries that divide us creates unity, making us one - stronger collectively, unbreakable, inseparable. Introducing a new fragrance that celebrates unity, Katy Perry's Indi Visible. Be different. Not indifferent. Be INDIvisible. Not invisible. Together we are one. Never broken. Katy Perry's Indi Visible is an irresistible blend of sparkling top notes unified with sensual notes of sandalwood and eleven different musks creating a luxuriously modern and memorable fragrance.