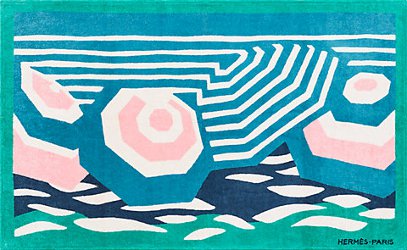 Happy Can’t Stop, Won’t Stop Friday! Our community project for today: wear a perfume from the most saturated category in your collection. Thanks to Coin-op for the suggestion!

Reminder: 4/27 will be Next Generation Friday...wear something from a younger perfumer.

Note: the Sous le soleil beach towel is $600 at Hermès.