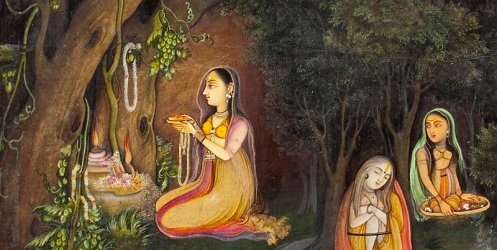 The backstory of Aesop's latest fragrance, Hwyl, is a hodgepodge (to which I'll contribute). Hwyl is a Welsh word (pronounced, rapidly: WHO-will); according to the Oxford English dictionary, it means "a stirring feeling of emotional motivation and energy." Yet, Hwyl's perfumer, Barnabé Fillion, when asked by Philippa Morgan in Vogue Arabia, "How would you describe Hwyl in one sentence?" responded "The silence and verdancy of an ancient Japanese forest, and the wind in the canopy." Hwyl reminds ME of India — the scent of altars and old-style Ayurvedic apothecaries. To each his own!

Hwyl presents lots of "sticky," rich and earthy frankincense (as if it had been dug from wet dirt). There are also scents of dried herbs and camphor swirling in the air (thus the medicinal smell of a shop selling natural medicines). As Hwyl dries down, smoky vetiver (with a strange tinge of mint and vanilla) becomes apparent, but frankincense and water-logged evergreen aromas never disappear completely. While wearing Hwyl, I smell like an ancient wooden medicine chest, musty and pungent with decades of absorbed aromas of powders, creams, tinctures and oils.

Hwyl is a powerful perfume; one spritz on the back of my cold, chapped hand (not a spot to encourage a fragrance to "bloom" and diffuse) attracted lots of attention...for hours, even from people outdoors on a frigid day. Hwyl then survived a hypothermia-curing scalding shower at home. 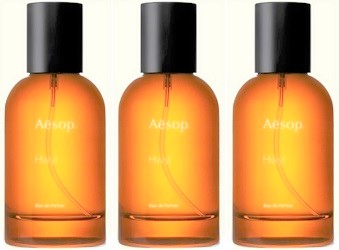 I enjoyed Aesop Marrakech and Mystra, and Hwyl goes well with those "antique"-smelling perfumes. (Tacit I dislike.) For those of you who absolutely hated Gucci Guilty Absolute Pour Homme (one of my top perfume picks of 2017), I predict you will hate Hwyl, too (the perfumes are similar). If you loved Guilty Absolute Pour Homme but wished it was stronger...grab some Hwyl to sample.

Aesop Hwyl features notes of vetiver, frankincense, cypress, thyme and moss. It is $125 for 50 ml Eau de Parfum. For buying information, see the listing for Aesop under Perfume Houses.

Note: top image is A Princess Visiting a Forest Shrine at Night [cropped] via Wikimedia Commons.