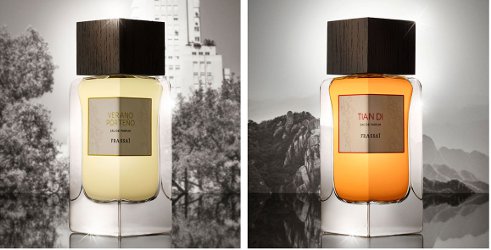 I can’t tell you how often I’ve read a perfume’s list of notes and thought I was sure how it would come out — then been completely surprised once I smelled it. Each of these fragrances by Frassaï set me up to expect one thing, then delivered another. (A good reason not to buy unsniffed, no matter how radiant the reviews.)

Perfumer Rodigo Flores-Roux developed Verano Portẽno, and its notes include Calabrian bergamot, cardamom, jasmine, Argentine maté, wallflower and vetiver. Frassaï describes it as creating “a bright burst of sophisticated freshness capture the feeling of Buenos Aires during summertime.” What I expect: a green, fresh, splashable scent with a hint of spice. What I get: the sensation of walking in the wake of a gas-powered lawnmower.

Verano Porteño is indeed bright and crisp, sparkling with green citrus — for about a minute. Then a haze settles in, sort of like smelling the heat from a candle. It smells more of texture than flowers. (Perhaps Buenos Aires is humid? Or has smog issues?) Gradually, a vetiver-infused woody musk infuses the haze, and it’s where, for me, Verano Porteño turns annoying. That woody musk gnaws at my sinuses. (You might not have this problem. After sampling a lot of fragrance, I’ve figured out that there’s a particular material, or mix of materials, that reacts badly with me. Verano Porteño has it.)

Perfumer Olivier Gillotin developed Tian Di, and its notes include ginger, peach elixir, red chrysanthemum, Chinese incense, orris, sandalwood and olibanum. Frassaï describes it as a fragrance to “open the mind, purify the body and awaken the spirit.” What I expect: a woody incense. What I get: a sandalwood bonbon after a ride with hairpin curves.

Tian Di’s incense surfaces right away, but it’s incense that smells initially to me like it’s tinged with peachy spearmint and crumbled shortbread. A musty but interesting veil settles over the combo, sort of like the smell of a cold, used teabag, and the incense morphs into peachy sandalwood. Over the next hour, Tian Di sweetens and simplifies into something Pierre Hermé might create if challenged to use sandalwood. Tian Di is fun to sample just to see where the heck it will end up.

Yann Vasnier developed Blondine, and its notes include salted butter caramel, pear leaves, ashok flower, tiger lily, cocoa and blond musks. Frassaï says it was “inspired by the 1920’s French fairy tale.” What I expect: dessert in a spritzer. What I get: a tender green floral and my favorite of the trio.

Yes, Blondine does carry a hint of sweet saltiness at the outset and a texture of chiffon-thin woolly musk, like a cashmere veil. But the rest of the fragrance is leafy non-diva, nondistinct flowers in a cool breeze. No dirt, no roots, no chocolate ganache. Yet for all Blondine’s delicate texture, there’s some man-made chewiness to the fragrance. It’s a strange and — to me, at least — alluring and wearable combination of nature and laboratory. 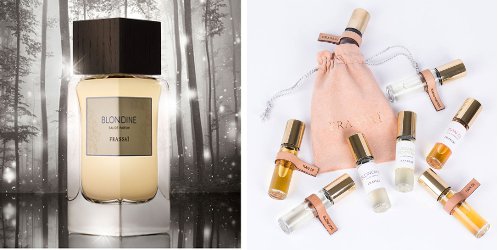 Frassaï Verano Porteño, Tian Di and Blondine Eaux de Parfum are $35 each for a 10 ml rollerball or $130 for a 50 ml spray. A rollerball trio in a suede pouch is $80. The fragrances are available on Frassaï’s website.