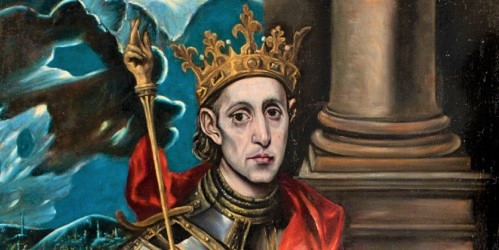 I'm a Francophile when it comes to candles. Cire Trudon is part of my Candle Triumvirate; Astier de Villatte and Diptyque make up the others. (I've always been afraid to try Frédéric Malle candles...I have a feeling they'd expand my candle obsession and budget to an even crazier level.)

I was interested (that's about the best I can muster these days in Perfumeland, no longer am I "thrilled" or "excited" about new launches) when I heard Cire Trudon had developed a personal fragrance line called Trudon (how many times did I wish one of Cire Trudon's wonderfully scented room sprays or candles was a perfume?) I'm happy to report three of the first five perfumes pleased me, and today I'm reviewing two: Olim1 and Mortel2. Robin Here at NST beat me to my other favorite: Deux (II). 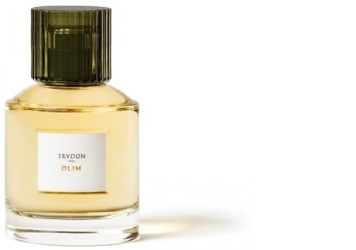 ...represents the vanity and emotion of a royal era. Powdery notes touch on beauty; spices evoke decadence and resins hint towards opulence. Olim refers to a form of purity with an underlying richness. Olim...recalls the first four registers of the old Parliament of Paris, including the numerous texts and laws delivered to the King’s court between 1254 and 1318 under different reigns, particularly St. Louis (1214-1270). Olim shines light on the evolution of royal power and the decline of 13th-century French feudalism.

Whaaaaat? & Really? Did the Middle Ages smell this good?

Olim smells like Guerlain Jicky: there's lots of delicious bergamot and lavender, and this lovely duo is quickly joined by some powdery cloves and pepper. Sweet little anise is there, in just the right amount and style that suits me, more herbal than candied. As Olim develops, I smell benzoin and musk. Olim's extreme dry down is patchouli- and musk-rich amber. A friend at work who has been sitting next to me for a year has commented on only ONE perfume I've worn in all that time and I've probably worn close to 60: Olim. "You smell won-der-ful!"

My bottle of Jicky is about to run out and I may replace it with Olim. A tough decision lies ahead. 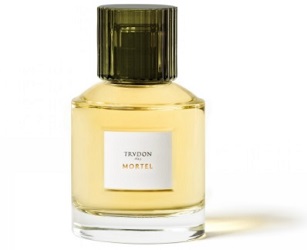 Mortel, developed by perfumer Yann Vasnier, has an even weirder description:

Mortel immediately reminded me of Cire Trudon's Spiritus Sancti candle and room spray. Mortel goes on peppery; the smooth pepper accord segues into beautiful, sheer frankincense with glints of cedar, smoky cistus labdanum and benzoin. A buoyant wood note (that I'm assuming is "Mystikal") rounds out the Mortel experience. Incenseophobes  who still yearn for a wearable incense fragrance should give Mortel a try.

Neither Olim nor Mortel are complex fragrances (they are mostly linear after the first 10 minutes); each smells "lush" but isn't heavy or oppressive to wear. Olim and Mortel are chic but not showy. Both perfumes have good sillage and lasting power.

Cire Trudon Olim and Mortel Eaux de Parfum are $190 for 100 ml. They can be found at Cire Trudon or Barneys. In the UK, try Selfridges or Harvey Nichols, in Australia at Libertine.

Note: top image of St. Louis by the workshop of El Greco via Wikimedia Commons.