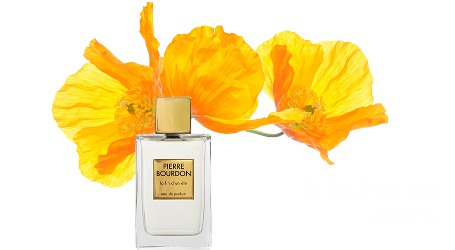 I’m a sucker for anything vintage, including vintage perfume. The problem with old things is exactly what makes them so charming: they’re not new. Vintage dresses are sewn with cotton or silk thread that gives, and fabric that shreds with age. An old pulp novel with a gorgeously lurid cover too often has yellowed pages that barely cling to the spine. Similarly, a vintage fragrance, although dream-inspiringly old fashioned, won’t smell as lively as it did when it first left the store shelf fifty years ago.

So, I was especially happy to get to know Pierre Bourdon Sous les Magnolias and La Fin d’un Eté. These fragrances have the charm and character of a vintage Edmond Roudnitska perfume, but they smell crisp and fresh. I can’t remember the last time I bought new perfume, but I came home from Paris with a bottle of each.

Long-time perfume aficionados know perfumer Pierre Bourdon for creating such perfume milestones as Christian Dior Dolce Vita, Davidoff Cool Water, Yves Saint Laurent Kouros and Frédéric Malle Iris Poudre. Bourdon studied with both Jean Carlès and Roudnitska, and his father, René Bourdon, was the head of Dior fragrances. Although Bourdon retired in 2007, in 2015 he started his own perfume line, which has three feminine fragrances (these two plus Dame en Rose) and two masculines, Route des Epices and Le Grand Tour.

Sous les Magnolias is an elegant, old-fashioned fruity-floral chypre that tingles with bergamot before opening into a creamy peach-tinged magnolia with a faint breath of vanilla warming it. A classic moss-musk-wood combination unobtrusively anchors the fragrance. Sous les Magnolias has a bit of Diorella’s wackiness without its sometimes over-the-top assertiveness, as if Diorella had lost her baby fat and went to finishing school.

My only beef with Sous les Magnolias is that it fades too soon. Within half an hour, the fragrances retreats to a purr I can only smell a few inches from my skin, and by lunchtime I wish I had a decant in my purse.

La Fin d’un Eté (isn’t that an evocative name?) vibrates with a spicy, purplish melon that at first hints at an autumnal immortelle before sliding into its floral heart. It’s grounded in an old-fashioned dusky foundation with a hint of sweetness. Despite all the character these notes have, the fragrance feels light and seamless.

I already know I’ll be burning through my bottles of these perfumes, and if I’d had the cash to spare, I’d probably have added back-up bottles to my suitcase.

Now I’ll break the bad news. Although Sous les Magnolias and La Fin d’un Eté are reasonably priced at 95€ for 100 ml, as far as I know only one store in the world carries them: the Astier de Villatte on rue de Tournon in Paris. You can’t even get them on the Pierre Bourdon website — the “purchase here” link doesn’t work. Perfume boutique owners, I beg you to order this line.