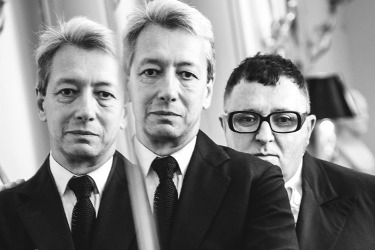 Frédéric Malle's second designer collaboration (after Dries Van Noten par Frédéric Malle, which debuted in 2013), will be with Alber Elbaz. Elbaz was the designer at Lanvin until last year, and was awarded the Légion d’Honneur today. The fragrance will be called Superstitious.

“I have always admired Alber for making the women who wear his clothes appear even more beautiful. It is all about them and not about himself,” said Frédéric Malle, “Like perfume ‘Classics’, Alber’s dresses are the result of an invisible architecture. Like Alber’s dresses, Superstitious elevates the women that wear it, it empowers them.”

“The word ‘Superstitious’ was the starting point of it all, something we agreed upon immediately. We are both superstitious”, said Alber Elbaz. “It’s not about a collaboration, it’s about friendship and respect.” 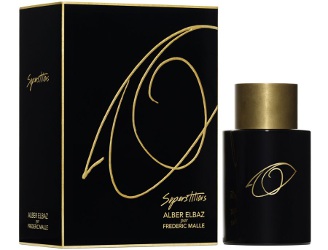 Update: the description at Essenza Nobile, where Superstitious Eau de Parfum can now be pre-ordered (€180 for 50 ml and €260 for 100 ml) for April delivery — "Superstitious is an olfactory abstraction with fascinating depth. The perfume is the mirror of the complexity, the emotions and the mysterious aura of its wearer. It is composed of noble essences such as Turkish rose essence, Egyptian jasmine, incense, labdanum resinoid, sandalwood, vetiver from Haiti, patchouli and musk."