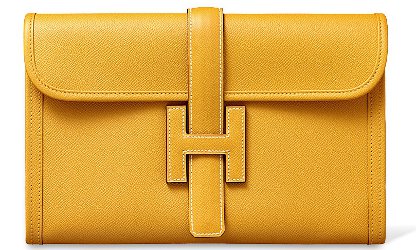 Parfum d’Hermès kicks off with a signature of juicy hyacinth and sharp galbanum. Before you start thinking of Guerlain Chamade, a wave of clean orange blossom and sugar washes in. The sugar isn’t the caramelized shimmer of amber, but is like sniffing straight powdered sugar. As the fragrance relaxes, the sugar becomes creamier with ylang ylang and picks up a hint of vanilla. Its iris, fruity and candied, blends seamlessly with the rest of the composition. Now Parfum d’Hermès smells like hyancinth jam sprinkled with rose petals, with a vanilla pod stuck in the jar.

After Parfum d’Hermès’s dramatic first fifteen minutes, it retreats to a sweet, clean, vaguely powdery fragrance that settles nicely into my personal zone. My acupuncturist, a keen nose2 and a good sport about putting up with my fragrance trials during our sessions, pronounced Parfum d’Hermès “sweet and ladylike.” If not for the perfume’s assertive opening, I could see it being perfect for a shy 14-year-old who spends more time online poring over Queen Victoria’s journals than on Snapchat.

When I realized that Parfum d’Hermès reminded me of 24, Faubourg, I tried them side by side. Whoa. Next to 24, Faubourg, Parfum d’Hermès smells nearly featureless. Sure, they’re both rich, high-toned florals with a dose of orange blossom, but 24, Faubourg is noisy. Sometimes that’s wonderful — the perfume has a lot to say, and it’s interesting and beautiful. But sometimes you just want your perfume to shut up so you can read. 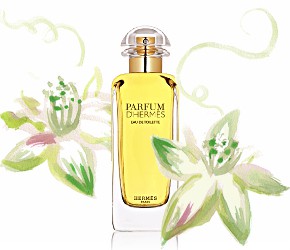 Over the past few years, Parfum d’Hermès has become hard to find. The Hermès website still lists Parfum d’Hermès Eau de Toilette (see image above) in one of the tall bottles it now uses for many of its classic fragrances, like Equipage, but it doesn’t list a price for the U.S. store. This might be one you have to buy in France, find as old stock in a perfume boutique, or seek out online.

1. I took a wild stab at pairing other Hermès fragrances and bags, too. Not that I’ve ever seen any of these purses in real life.

2. For instance, she doesn’t wear fragrance and seems to limit her makeup to chapstick, but she loves vintage Miss Dior.