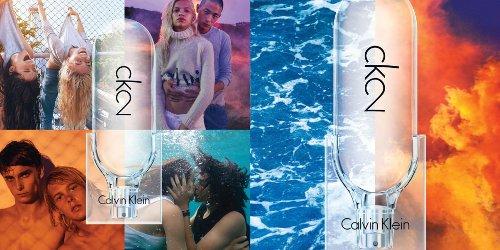 So we all know Calvin Klein's CK One, yes? It launched in 1994, and I am sure I am not the only woman who smelled it, thought it smelled sort of like men's cologne, and found to my surprise that I liked wearing something that smelled sort of like men's cologne.1 (Men especially, do comment and tell us what it smelled like to you!) When I reviewed it back in 2006, I duly thanked Calvin Klein for helping me to figure out, eventually, that I could not only wear unisex fragrances, but I could wear whatever I wanted — hello, Eau Sauvage.

CK One took the youth market by storm. Not to downplay the achievement, but of course that was infinitely easier in 1994 — it was not so hard to capture consumer attention when there were only around 100 new fragrances a year, and when most media consumption was from a limited number of traditional platforms.2 Calvin Klein followed up with CK Be in 1996, and then a bazillionty flankers.

Fast forward to 2007, when there were about 800 new fragrances launched, and social media usage was rising, and we get the CKIN2U (NOT unisex) duo, which as near as I can tell utterly failed to take the youth market by storm. Instead, the brand's efforts to interact with their target market via social media engendered a fair amount of ridicule and negative press coverage.

So, 2016. We're back to unisex (oops, sorry, still NOT unisex, but "gender-free") with CK2, "an extension of [Calvin Klein's] overall brand strategy to reach a younger consumer base through modern, authentic storytelling".3 As near as I can tell it has not engendered any ridicule, or indeed much press coverage of any kind outside of the usual beauty publications. The CK2 hashtag, #the2ofUs, does not appear to be trending anywhere. Now that we're at 1400+ fragrances a year, and even old people are using social media and getting their news from a variety of traditional and non-traditional outlets, it's not so easy to get noticed.4 Then again, the official launch is not until next month. Maybe the media frenzy is still to come?

The idea behind the juice is reportedly that it "balances two opposing forces: the strike of spicy electric freshness and the warmth of magnetic woods."5 I won't argue with the description, but I will say that it probably gives you an overly optimistic impression of CK2's impact. There's a nice tingle of citrus and wasabi in the opening (the notes include wasabi, mandarin, violet leaf, wet cobblestones, orris, rose, vetiver, incense and sandalwood) but once that fades CK2 is a very quiet fragrance, with minimal sillage, and while you'll make out the other notes if you try (especially the violet leaf and "wet cobblestones"), it's mostly a blur unless you actually press your nose right up to your skin, in which case you'll also find a subdued rose-y floral — way too subdued to tip the scales towards feminine — and a smidgen of powder. It's sort of watery and sort of airy and sort of clean, but it's quiet about those things too.

Verdict: My expectations were not high, so CK2 mostly surprised me by not being dismal. It's perfectly wearable and even pleasant, at least, what there is of it. CK One in its original formula had some decent sillage — you really could smell it on the street. CK2 is entirely office-friendly, and indeed if it makes any statement at all it would seem to be that young, gender-free people should not make too much of a statement with their fragrance. I would not mind if young people everywhere were wearing it — most likely I'd hardly notice. I myself usually forgot I was wearing it; when I remembered to pay attention, I found it just fine. More than once it struck me that it would be a perfect spa fragrance: casual and relaxing, clean but not too clean, pleasant without calling attention to itself. I have no idea how it will sell, but any spas out there still using green tea fragrances might consider updating to CK2. 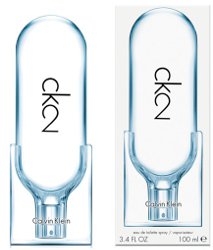 1. I never bought a bottle, but I found the little metal canister samples easy to come by, and in a foreshadowing of future events I simply used them until they ran out, and then got more.

2. I don't know the exact number, but if my notes from the various sources that quote Michael Edwards' counts are correct, there were 101 new fragrance launches in 1992, and then even by the year 2000 we were only at 389.

4. As of today, the CK2 commercial has been available on YouTube since late November, and it has been viewed 41,221 times and inspired 20 comments. In comparison, the Johnny Depp / Dior Sauvage extravaganza has been viewed 23,600,644 times and has 621 comments. (Even Justin Bieber wearing Calvin Klein underwear has over 10 million views.)