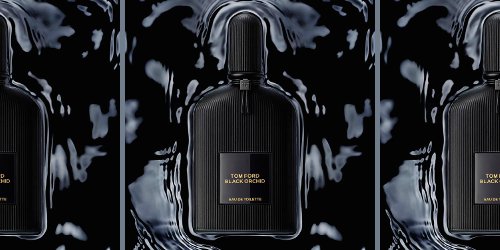 “What?” you might be asking. “Black Orchid. Umm, haven’t we covered this ground before?”

Well, yes, sort of. Robin reviewed Tom Ford Black Orchid Eau de Parfum soon after it was released in 2006, and we’ve since reviewed its flankers: Voile de Fleur and Velvet Orchid. But this review is for the newly launched Eau de Toilette, which the perfume house touts as different from the original, saying:

Exposing itself at first moment, Black Orchid Eau de Toilette is a distinctly different encounter. Experience the seductive breakthrough in a new light with its own olfactive journey. With a more open, immediate expression, the custom-grown Tom Ford Black Orchid instantly takes center stage, inviting you inside in a way never before experienced in the classic signature fragrance.

So, there’s bad news and good news. If you were hoping for an intriguing interpretation of Black Orchid in its Eau de Toilette, the way, say, Guerlain tends to distinguish its EdTs from its EdPs, you’ll be disappointed. On the other hand, if you adore Black Orchid and want a less expensive version with a bit more punch, you’ll want to give the Eau de Toilette a try.