Another year is marching by! It's time for our third quarter damage poll. Donatella Versace, Our Lady of Perfumed Overindulgence,1 wants to know what you bought in the 3rd quarter (July, August and September) of 2015. 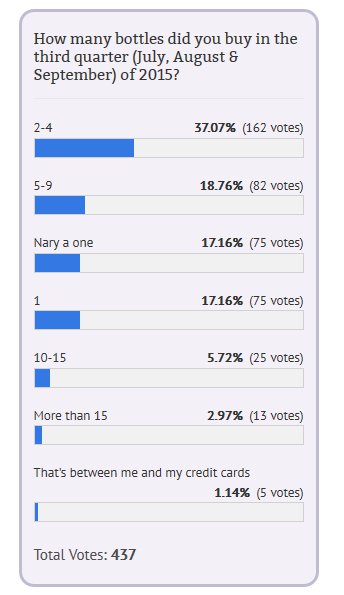 I bought absolutely nothing, again. My total for the year so far is still zero. I've considered a few purchases recently but I'm also sort of attached to the idea of finally making it through a whole year without buying perfume. We'll see how it works out.