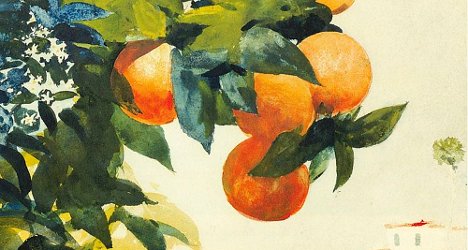 Happy Tuesday! If you have a moment, do tell us your fragrance of the day.

Reminder: this Friday, 27 March, is Figgy Friday: wear a fig perfume, if you dare. I know some of you won't dare, so partial credit for other dried fruit notes.

Note: top image is Oranges on a Branch [cropped] by Winslow Homer, via Wikimedia Commons.