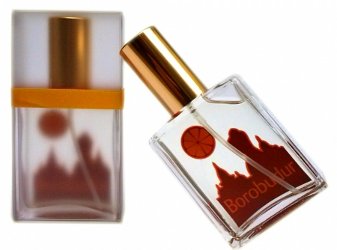 Borobudar (shown above) ~ released earlier this year, Borobudar is a variation on the brand's September fragrance, and is described as an orange fragrance with an overdose of Javanol (a sandalwood molecule). Additional notes include geranium. €55 for 50 ml Eau de Toilette.

Famagusta (shown below) ~ named for the city on the island of Cyprus, and intended as a tribute to Coty's Chypre. With cassie, vetiver, tonka bean, oakmoss, cedar, patchouli and musk. €65 for 50 ml Eau de Toilette. 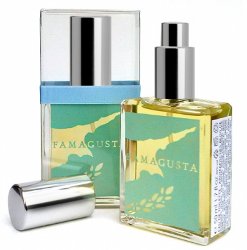 Erik Kormann Borobudar and Famagusta can be found now at First in Fragrance in Germany.