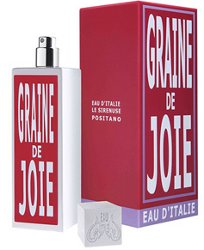 Is anyone here a massive fan of Eau d'Italie? I admit I've mostly lost interest; nothing they've done since Baume du Doge in 2008 has really impressed me, and the shampoo-ish packaging is a turn-off. Graine de Joie, intended to celebrate love, is a sweet 'n tart fruity floral from perfumer Daphné Bugey (notes: pomegranate, red fruits, freesia, pralines, musk and cedar). It's cheerful, mostly clean, and reasonably well done, but there's nothing about it that sets it apart from youth-oriented sweet fruity florals that you can find at your local mall (and that cost a fraction of the price). The Scented Hound said it smelled bathtastic — more like a bath oil than a perfume — and I'll go for that. Not my cup of tea, but if you love sweet fruity florals do give it a shot. 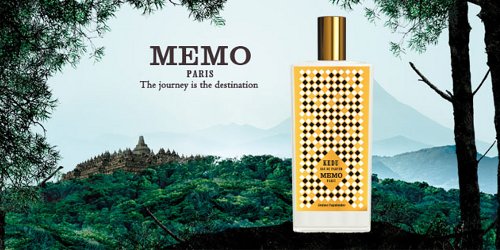 I couldn't tell you if I was a fan of the French niche line Memo or not — they aren't distributed in the US at all, and I haven't tried most of what is now a fair-sized selection. Kedu was developed by perfumer Aliénor Massenet, and it's the first scent in a new seed-oriented collection called Graines Vagabondes. Kedu in particular is about sesame, and is named for the Kedu plain on Java. They've given the fragrance a summer-y feel with plenty of bright grapefruit and neroli (other notes include mandarin, mate, freesia, rose-peony accord, white musk and moss). It evolves into a quiet, mildly sweet, mildly creamy scent that smells sort of like a cross between roasted nuts and basmati rice. The florals are pale and transparent, and ditto the base.

I really like Kedu. It reminds me a bit of Cinq Mondes Rituel de Bengalore, Inde (not that that will help more than 10 other people, I know), partially because they have some vague smell relationship, but also because Kedu (other than its steep price) would fit nicely into the Cinq Mondes' concept of aromatherapy body sprays inspired by 'exotic' locations. I'd love to have a bottle, but to my mind the fragrance isn't fabulous enough to warrant the price.

Memo Kedu is available in 75 ml Eau de Parfum, €168; for buying information, see the listing for Memo under Perfume Houses.

California Rêverie is the latest addition to Van Cleef & Arpel's limited distribution luxury series, Collection Extraordinaire. It was developed by perfumer Antoine Maisondieu, who clearly did not intend any realistic smell-portrait of the state, south or north. This is the California of the imagination, without the drought and the urban sprawl, making it a good fit with the brand's likewise un-California-ish California Rêverie jewelry.

Luckyscent's description mentions "a distant breeze of Hawaiian frangipani", and yes, while there's plenty of orange blossom to stand in for what might be the orange groves of SoCal, we're mostly in tropical white floral territory here, with a focus on the jasmine. It's a middle of the road jasmine: not so clean and light as Acqua di Parma Gelsomino Nobile or Aerin Ikat Jasmine, nowhere near as lush as Nasomatto Nudo or Serge Lutens' A La Nuit. It starts out breezy and it pretty much stays that way; The Candy Perfume Boy calls it "an aerial jasmine". He also likes it better than I do; I wore it quite happily but wanted more oomph or more something — I have enough choices for pretty, middle of the road jasmines already. If you haven't found your perfect jasmine, do try it, especially as Van Cleef & Arpels has now introduced a smaller size for this range.