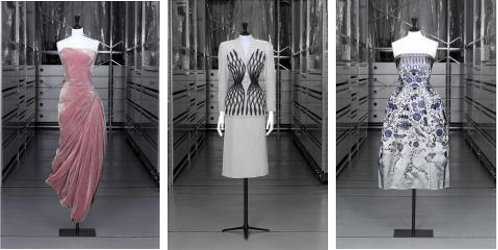 Next week I'll have a review of Guerlain Shalimar Souffle de Parfum for you, but I'm not ready to review anything today. Although I'm spending a few weeks in perfume's heartland, Paris, I'm still getting my feet on the ground.

When I told people I'd be in Paris in August, I got a lot of "no one's there in August except tourists," and "isn't everything shut down then?" Sour grapes, my friends. The truth is that Paris is wonderful in August. Sure, every street corner holds a few people unfolding maps, and a glance down the Champ de Mars shows dozens of tourists lined up for the camera pretending to pick up the Eiffel Tower while the diesel engines of rows of tour buses rumble in the background. But the mood is relaxed. People are here to enjoy themselves. Plus, I'm a tourist, too — who am I to complain?

While a ten-hour flight in coach (plus an unplanned day's layover and few hops up and down the west coast due to a missed connection) would be a circle of hell to a modern-day Dante, there's something magical about jet lag's ability to shake up a routine. I rose at five o'clock this morning, just as the sun was giving the gray sky a pearl-pink cast. Down the block, vendors are setting up for the farmers' market. I hear clanging and muffled voices, and soon the stalls will be heaped with tomatoes and Charentais melons and fish on ice.

Since I've been wildly lucky to have a friend's apartment to stay in while she's away, this is the second time within a year I've been to Paris. It's made for a relaxed trip. I don't feel pressured to go everywhere and see everything. Instead, I'm taking half-day walks, setting aside time for naps, and enjoying the little things, like the patterns of tile foyers, the iron work on balconies, and the pugs and terriers Parisians parade in the early evening.

I did make a beeline to the Palais Galliera, though, for the exhibition "Les Années 50: La mode en France 1947-1957."1 If you're in Paris any time between now and November 2nd, you've got to see it. The show walks you through the history, craftsmanship, and sheer beauty of the major couture houses in Paris after World War Two. I could practically smell the Femme and Miss Dior. One of the features was a Dior Bar suit,2 the iconic full-skirted, pinched-waist suit most people picture when they think "New Look." I've seen dozens of photos of the Bar suit (it plays a role in my next mystery, Dior or Die), but being inches from the soft texture of its wool skirt (so much fabric!) and ridged Shantung jacket shot chills up my arms.

I'd better refill my coffee, shrug off this old kimono, and get dressed. It looks like another rainy day (and to think I fell for Cole Porter's "I love Paris in the summer, when it sizzles"). I just peeked out the window, and the awnings are unrolled over the market stalls and produce trucks are backed up to them. My big decisions today are what to make for dinner and where to walk.

Who says Paris in August is a drag?

1. The images at the top are from the Palais Galliera website. This short video, in English, gives a little background about the exhibit. A second video, in French, includes much more visual detail.

Perfume in Paris
Paying Attention in Paris
Paris (and perfume): the rest