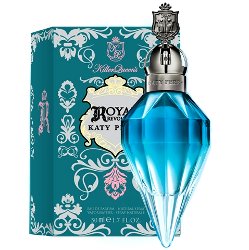 Katy Perry Royal Revolution is inspired by the beauty and strength of a precious Blue Diamond. This Killer Queen is destined to lead a Royal Revolution; a Royal with the scent of victory, a new sensibility, a wild way of holding court with rebellion on her mind and defiance on her playful lips.

(via ulta, additional information via katyperry.coty.irisny)

Update: Royal Revolution was developed by perfumer Pierre Negrin. It will also be sold in 15 and 30 ml.