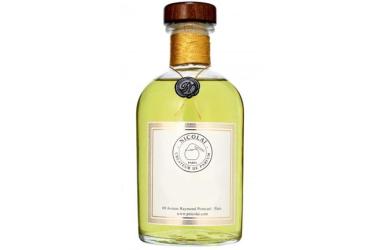 Me? I love real patchouli! But the first time I wore natural patchouli I realized it was not beloved by all. During college, I remember taking my little brown bottle of patchouli oil and dribbling some oil into my palms and then rubbing it all over my leather boots (as I had read “rebels” did in the 60s). I went to work. Almost as soon as I sat at my desk I heard whispers slowly turning into boisterous shouts: “What’s that smell?” “I’m getting SICK!” “Damn! It smells like a HEAD SHOP in here!” “Is Stevie Nicks in the building?” I started to sweat.

I went to the bathroom, soaked paper towels with hot water, and rubbed my boots till the leather was drenched, but the patchouli was neither removed nor neutralized. No! Even when I got home hours later, the scent of patchouli on those boots took over my apartment and was still going strong the next day, but in a mellower way, a way that made me love the aroma of patchouli all over again.

These days it’s rare to smell real patchouli in a perfume; what you get is usually a picked-apart-and-put-back-together patchouli with its earthy/mossy/wet-stone aspects deleted. Still, I even enjoy “scrubbed” patchouli.

Parfums de Nicolaï Patchouli Intense* begins with the smell of candied citrus peel mingling with “re-orchestrated” (but not too clean or sheer) patchouli. The slightly food-y opening diminishes as green notes appear; the “green” is off-balance — bitter/aromatic and almost chewy, then lightly floral in character.

In mid-development, Patchouli Intense is at its most intense — with a deep, wood-patchouli aroma, spice notes (reminiscent of cinnamon-ginger — zingy), and frankincense (light on smoke, heavy on resin). Patchouli Intense wears down to an amber accord, replete with what smells like moss; incense-wood; meaty, but faint, musk; and benzoin-vanilla.

Patchouli Intense started its existence as a men’s cologne (Patchouli Homme), then was renamed and marketed as the unisex Patchouli Intense Eau de Toilette (discontinued) and now is an Eau de Parfum; it has great lasting power and respectable sillage. Patchouli Intense is wearable in all seasons but its scent reminds me of the emotional time (sadness and dread mingling with excitement) of late summer/early autumn.

With Patchouli Intense, perfumer Patricia de Nicolaï presents patchouli in an upwardly mobile manner: a “boutique” vibe replaces the head shop, and old-school preppy (that moss!) shoos away the hippies. Make of this what you will: a positive development or a cryin’ shame.