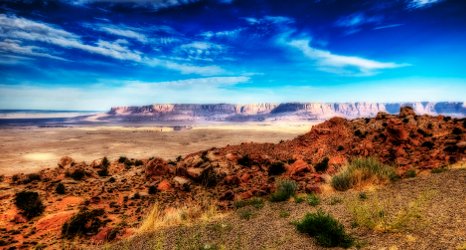 Like many kids — including, currently, my daughter — in elementary school, I dreamed of becoming a marine biologist. We lived in Steeltown, Central Canada, but my parents humored me by giving me books on whales and sharks. Then, when I was ten, we moved to the Pacific Northwest, to live within walking distance of the ocean, and my mother realized humoring me now was going to involve keeping tanks full of weird, wet, smelly sea things in our laundry room. She was a good sport about it. Eventually, I went away to do half my double major in biology as an undergraduate and in the meantime, my parents had moved to the other coast. I spent two university summers living with them, working for an Atlantic fish conservation agency, and those months spent in hip-waders, prying errant eels out of fish ladders and tagging traps, cured me of the childhood career dream. But my love affair with the ocean has not wavered.

For a while after I left home, then, I was suspicious of any vacation destination or employment opportunity that lacked access to saltwater. Once I was married, though, my husband coaxed me into moving to Alberta. After I got over the nosebleeds, I found I enjoyed the famed high blue skies of the west, and day-trips to the badlands to the north and in Montana suddenly appealed. Again, I started reading, desert stories like The English Patient and Bruce Chatwin's The Songlines, books about Mexico, Wilfred Thesiger, the Battle of the Little Bighorn and, oddly, Los Alamos. The reading led inevitably to vacation plans and traveling, trips to New Mexico, North Africa and to the arid edge of the South American altiplano. Like Kevin, I had discovered a love for the extremes of landscape: the big, gray, changeable ocean with its winds of salt and sweet-sour rot, and, on the other hand, the dry lands with, as Harriet Doerr wrote, "the width of the sky, the depth of the stars, the air like new wine, the harsh noons and long, slow dusks" (from Stones for Ibarra). That air like new wine sets a high bar for any perfume meant to evoke the desert, but I have a few favorites in the genre, listed below. If, like me, you've been living well below the freezing mark since early December, then perhaps you'll comment with your sun-bleached recommendations and we can all bask in imagined warmth together.

Tauer Perfumes L'air du Désert Marocain: How on earth did we get this far at Now Smell This with no full review of this fragrance, the archetype of the great indie scent? Oh well, here's Tania Sanchez's review from Perfumes: The Guide, which Robin wisely posted before. I've not much to add to Tania's description, except my agreement. I tend to forget about the sweetness of this, as the cedar in it fairly crackles. Kevin likes Naomi Goodsir Bois d'Ascese to accompany reading Willa Cather's Death Comes for the Archbishop, while my pick is L'air. Kerosene's wonderfully named Copper Skies is another seared amber for desert dreamers.1 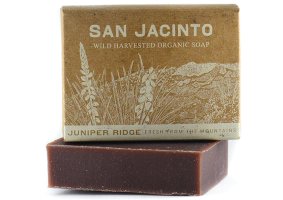 Juniper Ridge San Jacinto Trail Crew and Bar Soap: In 2012, Juniper Ridge introduced a trio of "Backpacker's Colognes" to their soap, tea, incense and home fragrance line-up. Since then, they've apparently added three colognes and deleted two, and while the current four can't avoid smelling just a wee bit same-y, they are all valiant, literal efforts at conveying wilderness using entirely all-natural, hand-gathered ingredients. (My favorite is Caruthers Canyon.) I've been annoyed, though, that Juniper Ridge hasn't chosen its San Jacinto scent — bright with notes of white sage, black pepper and oiled leather — to highlight as a personal fragrance. And now the company appears to have (temporarily?) discontinued the other San Jacinto products. Here's hoping subsequent harvests will bring them back.2

Ralph Lauren Pure Turquoise: The description for Pure Turquoise felt ominous to me, particularly the notes of "dewy cassis", "vanilla bourbon", "polished amber" and rum, which clashed with the imagery they were using. The notes sounded like a sweet and safe mall fragrance, and not like something that was supposed to evoke the American Southwest. But seeing as birch, lily and patchouli were also listed, I thought I'd give Pure Turquoise a try. And it turns out to be surprisingly weird.3 The sweetness of the vanilla and rum is mostly up-front instead of in the base notes, which is disorienting, as if you've walked into the perfume through the wrong door. Competing early with the vanilla and some clean white florals there is a sharp green and succulent top note, vaguely like Windex, which could be the blackcurrant bud and/or leaf— although most reviewers on the fragrance forums and sales sites seem to feel quite confident it is the listed "cactus flower", or simply cactus, which I find amusing. The heart note is a quiet, herbal-tinted lily-of-valley. Overall, it is much airier and more zen than I expected and smells a bit synthetic, but in an interesting way. Since I bought it, I've frequently wondered whether I actually like it... but seeing as I've used up most of a bottle trying to decide, I guess I do.

Parfumerie Generale Djhenné: Continuing with the theme of press releases careening about, the promotional material for Djhenné mentioned a lush oasis and greenery, but also warm sand and shadows protecting from scorching heat, maybe on a river delta in Mali. The notes included lavender, spearmint, seringa blossom, a few of the famous Pierre Guillaume cereal notes, (likely) henna and a "blond leather" note, seemingly composed of cedar, myrrh and cocoa absolute. The result of all this is a perfume that smells dry, powdery and smooth, oddly like a handful of very fine white sand. Highly recommended, and one of my clear favorites from this line.

L'Artisan Parfumer Timbuktu: So here is another Mali-inspired scent. Before she reconsidered and became fond of it, Robin wrote that she found it "smelled mostly of patchouli mixed with something sour and sweaty". Immediately, a familiar line bubbled out of me: "But that is what I love about it!" Of course, Timbuktu is much spicier and smokier than this description implies, with a sneaky sillage that wafts up exotically just when you thought it was done, now smelling of vetiver, now of jasmine. Mostly, though, it is just wonderful.

1. From the Kerosene website, it looks like owner/perfumer John Pegg has changed to a standardized bottle for all his scents, which is a terrible shame. The original Copper Skies bottle was my favorite of the line, and very appropriate for the juice inside.

2. On the subject of home-to-body fragrance prayers, my other fond and unlikely wish is for the incense company Nippon Kodo to release an Eau de Toilette of their "Santa Fe Breeze" scent, with notes of cranberry, piñon, cactus and green chili.

3. Which is no doubt why it was quickly discontinued. Bottles are regularly available at most discounters.