And another year is gone. Confess your sins now, start 2014 with a clean slate! Donatella Versace, Our Lady of Scented Overindulgence,1 wants to know what you bought in the 4th quarter (October, November and December) of 2013. 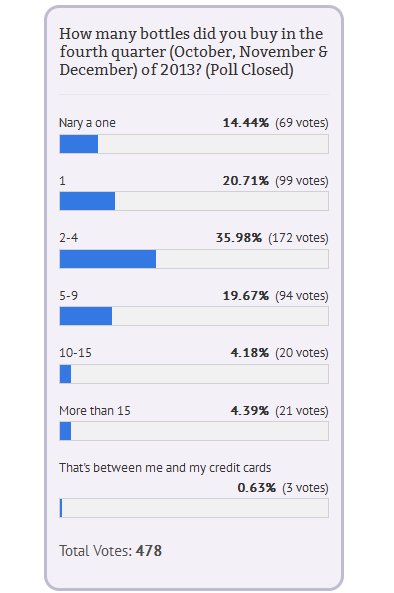 Added to my first quarter damage and third quarter damage (I didn't buy anything in the second quarter), my grand total for the year is $137. That's by far the best I've done since I fell down the rabbit hole ten years ago (my first two bottles, both purchased in late 2003, were Parfums de Nicolaï Balle de Match and Diptyque Philosykos).