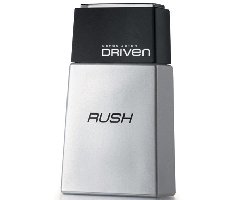 You just scored the winning shot of the game. You soar up into the sky on a rollercoaster. You catch the perfect wave and surf right through it. It's that rush of power, that thrill of success, that influx of adrenaline. Experience the moment of ultimate triumph with this burst of cool blue mint, energizing cedarwood and masculine suede.