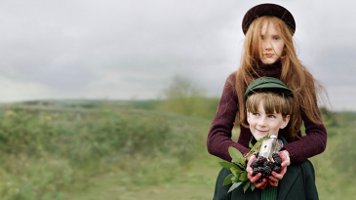 The latest release from Jo Malone is Blackberry & Bay, which the company describes as...

Inspired by childhood memories of blackberry picking. A burst of deep, tart blackberry juice, blending with the freshness of just-gathered bay and brambly woods. A scent of innocence.

My favorite Jo Malone fragrances include Lime Basil & Mandarin, Nectarine Blossom & Honey and Pomegranate Noir. However, I'm not a fan of the higher-priced limited editions, nor of several recent releases, such as English Pear & Freesia and Wild Bluebell. In fact, I haven't really understood the brand's recent direction — I'm still scratching my head over those Wild Bluebell visuals — so I wasn't sure what to expect from Blackberry & Bay. I ended up liking it very much; it seems to be a return to form for Jo Malone.

This fragrance claims to evoke "childhood memories of blackberry picking… stained lips, sticky palms"; I could do without the "stained lips" and "sticky palms" — ugh — but I like the general idea of berry-picking and woods-wandering. Blackberry & Bay does feel like a berry-picking outing on a sunny afternoon, and it's ideal for the summer-into-fall transition. The opening accord of crushed blackberries is nicely tart, not like the syrupy canned-fruit effect in so many fragrances that are being marketed to teen girls these days. (It's much more like a Kir cocktail than a Jolly Rancher candy, in fact.) The berry notes turn a bit more dry as they settle down and make way for a leafy green note, some clean vetiver, and perhaps just a trace of very quiet, dusty vanilla.

Overall, Blackberry & Bay is nicely done and easy to wear, especially on a day when you might not feel like putting on a Perfume with a capital "P." I like the various Green Tea fragrances that Pellegrin has developed for L'Occitane, because I find them light and crisp but not sanitized; Blueberry & Bay has a similar effect. It doesn't last more than a few hours on my skin, but that's pretty typical for Jo Malone's signature "colognes," which are often daytime-appropriate and office-safe.

Blackberry & Bay doesn't have the depth and vibrancy of L'Artisan Parfumeur's Mûre et Musc, for example, but that's fine; it's offering a fresher, sunnier interpretation of blackberry, which is more fitting to the Jo Malone style. I remember when Jo Malone was a new fragrance line being sold at Bergdorf Goodman in the 1990s, and how direct yet intriguing its scents seemed to me: Amber & Lavender, French Lime Blossom. That approach was unusual, even ahead of its time, so I'm happy to see Jo Malone doing what it does best with Blackberry & Bay.